Imagine facing the devastating diagnosis that your child has a rare condition that is fatal if left untreated….twice. Parents Julie and Brandon faced twice the heartache when both of their children, Luke and Molly, were diagnosed with myelodysplastic syndrome (MDS).

Luke was less than a year old when he developed a respiratory syncytial virus (RSV) infection. Doctors kept him in the hospital overnight because of abnormal blood test results. “They suspected an immune deficiency disorder,” says Julie. After many tests and a bone marrow biopsy, Luke was diagnosed with MDS in March 2006.

Referred by their hometown physician in Foreston, MN, Julie and Brandon brought Luke to the University of Minnesota Children’s Hospital. In April 2006, he received chemotherapy and a single umbilical cord blood transplant. Luke endured the normal ups and downs that transplant patients face but responded relatively well to the intensive treatment.

“Luke is a typical boy,” says Julie. “He loves trucks, tractors and baseball. He loved to play catch in the hospital.” Luke will have to be tested annually for the rest of his life, but the longer the disease stays dormant, the less likely he will relapse.

The joy of watching Luke respond to treatment and return to his “new normal” was tempered by the diagnosis of 2-year-old Molly in May 2010. This time it was Julie who detected that something was wrong when Molly began developing bruises on her legs. With the family’s medical history, physicians were able to diagnose Molly in days, much more quickly than Luke.

Julie and Brandon knew exactly where they wanted to be for Molly’s care. And so the journey began anew. Margaret MacMillan, M.D., who had been Luke’s primary oncologist, now focused on Molly. Michael Verneris, M.D., who led the bone marrow transplant procedure for Luke, also turned his attention to Molly. Like Luke, Molly had chemotherapy and a single cord blood transplant, but she also received radiation because she was older at the time of diagnosis.

Experiencing cancer treatment with an older child worried Julie. Luke had been only 8 months old when he was treated. He couldn’t even crawl. Molly, on the other hand, was an active 2-year-old who loved to dance and play. How would she sit still for all her treatments, let alone for her confinement to a hospital room for weeks at a time?

Molly surprised everyone with her ability to adjust. She loved talking to the nurses and snuggling with her mom before bedtime. Once, when medical staff had to poke her repeatedly with needles, she didn’t complain; when they finished, she said, “Thank you. Bye.” Through it all, Julie never forgot Luke’s advice. “Mom, you’ve got to make sure you hold her hand,” he told his mother.

Having two children with MDS has been a challenge, but Julie and Brandon have drawn upon family and learned, from their first experience, to accept help when it was offered. Julie’s mother stayed with them to help out. The Ronald McDonald House, with its weekly activities and field trips, kept Luke busy. Julie and Brandon sought help from Children’s Cancer Research Fund’s Care Partner volunteers to be with Molly while she was in isolation and to give mom and dad a much-needed break. The volunteers gave Julie an opportunity to spend time with Luke or get out for her favorite activity, a jog along the river.

Luke and Molly are now recovering well from their treatments for MDS. Luke just entered kindergarten this fall, following some extra preschool to help him catch up to his peers. He occasionally wears braces on his feet to correct a small imbalance, likely due to the chemotherapy treatment as an infant.

Molly’s treatment has gone well, but she developed pneumonia, which put her back in the hospital for awhile. Nevertheless, Julie and Brandon feel blessed that their children have responded to treatment so well. To show their thanks, they are supporting ongoing research by participating in Dr. Verneris’s study to evaluate the effectiveness of single cord vs. double cord transplant.

“There were many kids before Luke and Molly who were part of research that helped our children,” says Julie. “We want to give back in the same way.” Like other parents who have children with cancer, Julie and Brandon know the journey ahead of them is a marathon, not a sprint. Their family will face the long-term effects of their treatments for a long time. “When you’re going through it, it seems like it’s never going to end,” says Brandon. “But, our kids did make it through it. We know they’ll be fine.” 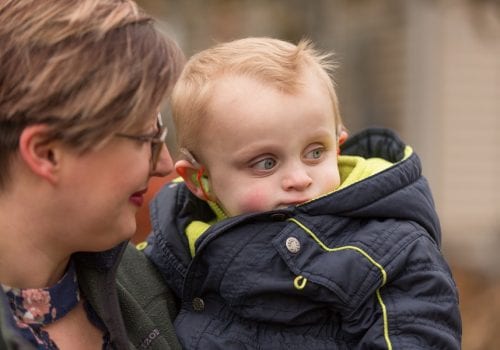 There are moments, once you have been through what we have, that make you recognize another cancer parent. You may feel gravitation towards a c... 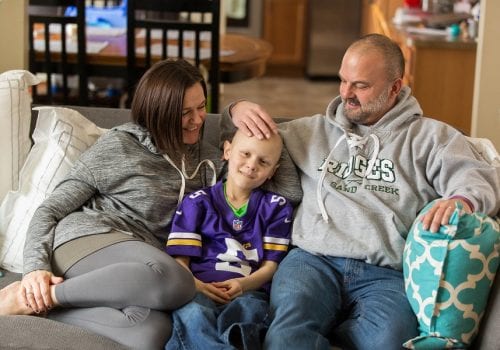 As so many of us now know, people with compromised or weakened immune systems are at much higher risk for COVID-19 complications. This includes...