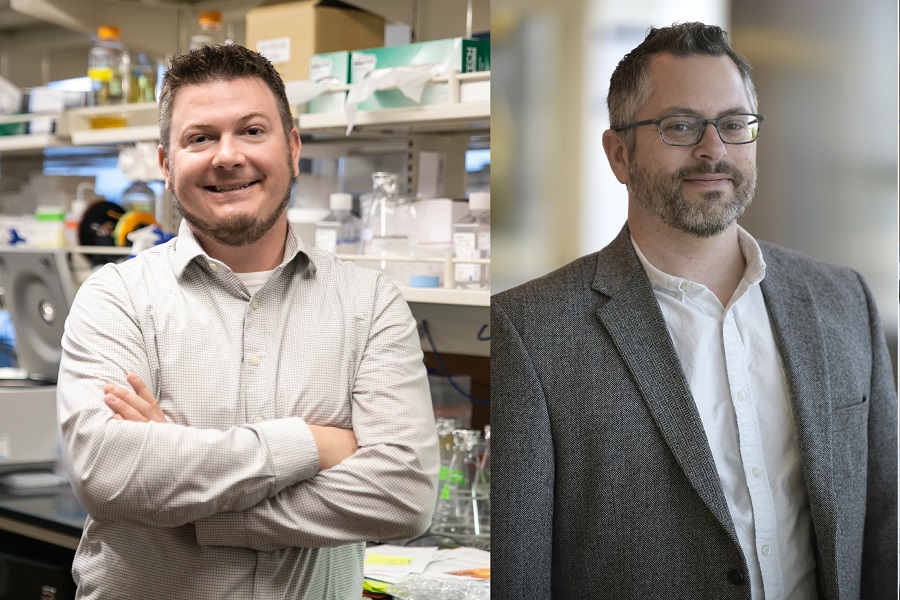 Logan Spector, PhD, and Beau Webber, PhD, both researchers at the University of Minnesota, make a formidable team.

But together, Drs. Spector and Webber are creating human tumor models from the ground up and utilizing millions of pieces of readily available data to uncover how Ewing sarcoma develops. Using data from different genomic populations, they are also analyzing Ewing sarcoma driver genes or genes that cause the cancer to grow.

With their unique perspectives, they plan to finally fill gaping holes in Ewing sarcoma research that could lead to better treatments.

Dr. Spector, an epidemiologist, locates thousands of DNA samples and patient data from around the world and studies cancer patterns and frequency among populations. He also studies potential causes and risk factors for cancer in specific geographic and genomic locations.

His Ewing sarcoma analyses help narrow down genes for Dr. Webber, a cell biologist, so he can create his novel iPSC tumor models, human tumors made from stem cells which he builds from the ground up.

“[When] Dr. Spector’s and his team hone in on a specific genetic variation of interest, we can then use our stem cell models and genetic engineering capabilities to validate and characterize those findings,” says Dr. Webber.

According to Dr. Webber, many therapies that show promise in the lab ultimately fail to succeed in the clinic. He says the models that have been used for decades of cancer research often bear little resemblance to their tumor of origin. So, those models do not accurately represent the processes that occur in the human body, and they only show a small part of how cancer looks or behaves.

Dr. Webber’s models, however, use human cells that allow them to create cancer from the bottom up; akin to watching a house being built from the very start.

Using the house analogy, he says if you wanted to build a house, you could tear down an existing one and get an idea of how things go together, but you probably wouldn't learn as much as you would by watching one be built from the foundation onward. The same goes for a tumor.

“We can only learn so much by looking at a fully formed tumor taken from a patient. By only seeing the end product you miss key details about the sequence and timing of certain steps, which could inform new therapeutic approaches,” Dr. Webber says.

Using his iPSC models, he says he can observe the very beginnings of cancer and start to understand its foundation and unique vulnerabilities.

You can read more about how Dr. Webber creates and utilizes these models here.

Using Dr. Spector’s epidemiological analyses along with Dr. Webber’s models, they’re able to look at Ewing sarcoma with the Hubble telescope instead of an ordinary magnifying glass, so to speak.

Here’s what they are working on together now:

Project 1: Finding the cell origin or the very beginnings of Ewing Sarcoma development

What it may help to answer: “We are zeroing in on the cell of origin for Ewing sarcoma, which has been a long-standing unanswered question in the field. Solving this question would greatly accelerate our understanding of Ewing sarcoma formation and progress toward new therapies,” says Dr. Webber.

In short, a better understanding of the beginnings of Ewing sarcoma means doctors could target the disease with therapies more accurately.

Dr. Webber is taking his iPSC model to the stage of cellular development that he and Dr. Spector think are likely the cells of origin of Ewing sarcoma.

They then take snapshots of what the tumor DNA looks like in the models and cross-reference it with data Dr. Spector has already gathered from around the world.

Already, prior research has shown that a mutation called the EWS/FLI1 fusion is the primary culprit that causes Ewing sarcoma to grow. But, that does not tell researchers much, because the fusion alters the activity of thousands of other genes simultaneously, essentially throwing a genetic smoke bomb.

This makes it difficult to see exactly which genes are critical to Ewing sarcoma formation, thus making it hard to precisely target.

Drs. Spector and Webber seek to know if there is a specific type of cell or stage in Ewing sarcoma development that allows the disease to grow freely, and their models allow them to watch this process in a way they could not from human subjects. They can zoom in, clear different areas, and pinpoint processes.

Then, they can compare samples and see which genes seem to go awry the most, thus pointing to a traceable cell of origin and targets.

“We are close to finishing this analysis and will have some interesting results to report when we do,” says Dr. Spector.  “Stay tuned.”

What their research helped answer: In the International Journal of Cancer, Drs. Spector and Webber published that Ewing sarcoma impacts males in most geographic areas. Ewing sarcoma also occurs in some populations a lot more than others.

This reflects that ancestry could influence a child’s risk of getting the disease. Knowing this helps scientists understand the genomic background of Ewing sarcoma, and it provides clues of where to look for genetic targets.

“We presume this means that some genomes are permissive to EWS-FLI1 induced carcinogenesis, while some are not, says Dr. Spector.  “We are pursuing studies to see if this is the case.”

What they hope the findings will help answer:

Using this information, Dr. Webber can introduce the mutation that causes Ewing sarcoma (EWS-FLI1) into each of these genomes using his tumor models. They can then watch how it behaves in different genomic cell backgrounds (e.g. European v. African).

“All of this work is a "mash-up" of cell biology and population genetics,” says Dr. Spector.

“Dr. Spector observed that individuals of European ancestry are about 10 times more likely to develop Ewing sarcoma than those of African ancestry. This spurred a new line of inquiry that was uniquely addressable using our stem cell modeling approach,” says Dr. Webber. “We believe [this] will help identify new protein targets for pharmaceutical or immunotherapy-based interventions in the near future.”

Because of Donors Like You, Researchers Can Find Answers

Dr. Spector notes that Ewing sarcoma is very rare, and thus it’s difficult to get the National Institute of Health’s attention. Only about 400 children, adolescents and young adults get diagnosed with the disease each year.

“Children’s Cancer Research Fund support for Ewing sarcoma research means we can pursue ideas without having to convince the National Institutes of Health that it's a disease worth pursuing (while also convincing them our idea is worth pursuing).  The support I've received to work with large genomic datasets is what has allowed me to now apply these datasets to Dr. Webber’s iPSC model,” he said.

Dr. Webber echoes that sentiment. “In short, [donor] support has made this work possible,” he says. “Novel ideas that are outside the box can be very challenging to fund. The support of the donors has allowed us to complete proof of concept studies that we are now using to acquire additional funding from national sources such as the NIH and DOD, etc. We hope these larger studies take us from the discovery phase to application toward novel therapeutic approaches.”

When you donate to Children's Cancer Research Fund, you make it possible for researchers to uncover how to better prevent and treat childhood cancers. When researchers have unconventional ideas that have breakthrough potential, they rely on donors like you to move their work forward.

Words I Never Want to Say 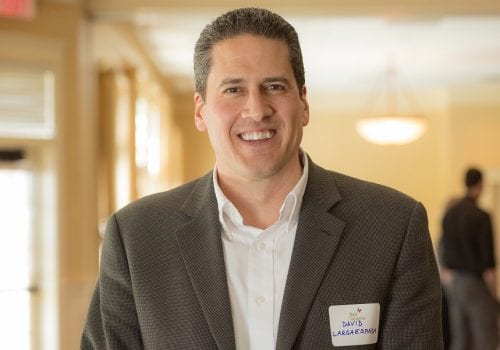 Investigating How to Make Chemotherapy More Effective for Kids with Osteosarcoma 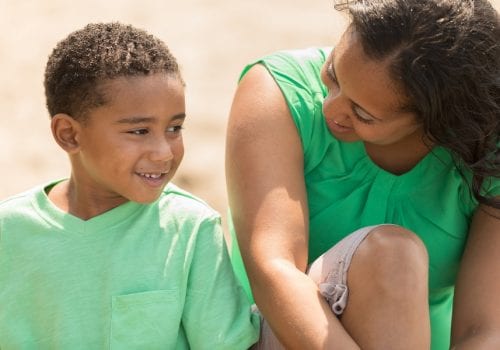 Occasionally, parents of children with cancer experience surprising and tense situations with clinical care teams. For Nicole, mother of acute ...