Kiersten was diagnosed with Burkitt’s Lymphoma in August, 2004 when she was 8 years old. Burkitt’s lymphoma is a rare and aggressive form of non-Hodgkins lymphoma, in which tumors form and grow at an alarming, rapid pace. At the time of Kiersten’s diagnosis, her tumor was doubling in size every 48 hours and had reached the size of eight grapefruits.

After ten grueling months of chemotherapy and hospital visits, she was considered cancer free in May, 2005.

Then, during a routine check-up in July, 2005, she was diagnosed with secondary Acute Myelogenous Leukemia (AML). Doctors believe that this cancer was caused by the intense treatments used to treat Burkitt’s earlier that year. As any parent of a child cancer survivor knows, it’s the second diagnosis that is feared most. Kiersten was given a 10 percent chance of survival with this new cancer.

At Children’s Cancer Research Fund, in addition to finding a cure for childhood cancer, our doctors are also looking for ways to make the treatments less toxic. Kiersten’s story represents this need very clearly. But even children who don’t have a second cancer, they deal with other significant long-term effects like hearing loss, difficulty with learning and comprehension and heart issues, among others.

She was admitted to University of Minnesota Children’s Hospital for total body radiation and a bone marrow transplant – her only chance at overcoming cancer. She received her bone marrow transplant on October 21, 2005. After one month in the hospital, she was discharged in late November, and got to be home for Christmas. Kiersten never once spent a day alone in the hospital. From the numerous visitors, cards and care packages, to the team of people who cleaned their house top to bottom in preparation for Kiersten’s return home after her bone marrow transplant, the family feels they’ve been truly blessed to be surrounded by so many people who love them.

Kiersten’s dad Bob often thinks back to a time when he, Alyssa and Kiersten were playing games in her hospital room after her bone marrow transplant. Watching her laugh and have fun when they knew she was tired and very sick helped them to see the capacity of the human spirit. They were amazed how much their family could endure, yet still maintain a positive attitude. When times were tough, they all pitched in and got through it with a smile on our face. Alyssa sometimes looks back now on all the needle pokes, surgeries and chemo sessions when she is facing a difficult time in her life and thinks “If Kiersten could go through cancer with a smile, I can get through this!”.

In the years since beating cancer, Kiersten has resumed normal life! She joined her high school’s competition marching band and was nominated to lead the band as drum major this year. She is also part of the school’s speech team and will be starting college classes this fall as a PSEO student. She also recently became a big sister, with the birth of Kathryn in December, 2011. After high school, Kiersten would like to attend the University of Minnesota to become a veterinary pathologist. 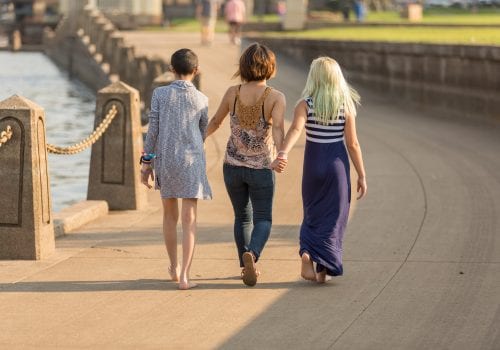 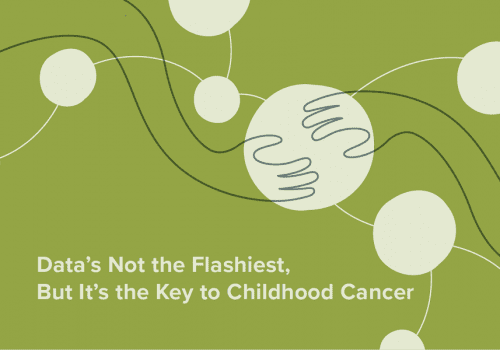 Data’s not the flashiest, but it’s the key to childhood cancer

Troves of data around the globe could get us closer to answering the overarching questions: why do kids get cancer, and how can we treat each c... 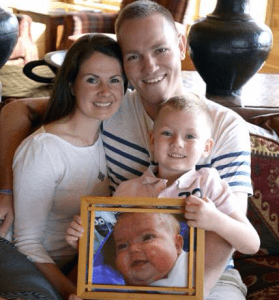