A vaccine for hard-to-treat osteosarcoma 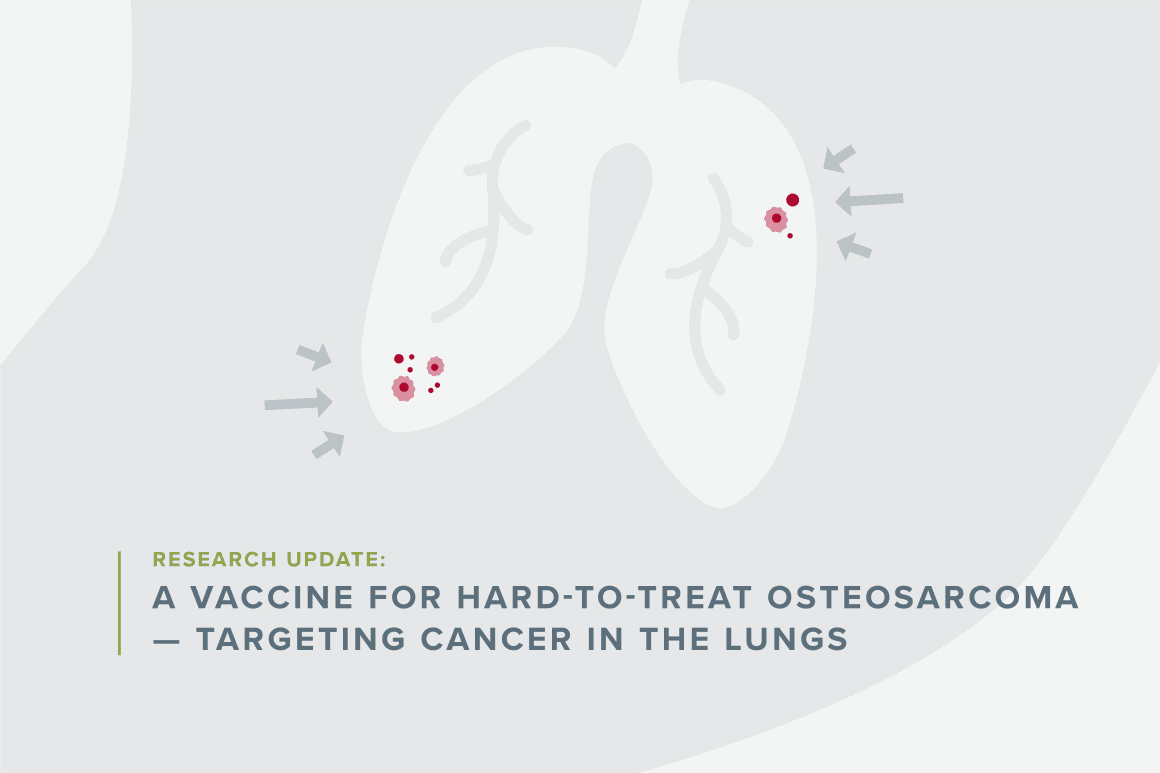 Eugenie Kleinerman, MD will never forget the scene from the 1979 film Promises in the Dark when a teenage girl’s doctor calls the National Cancer Institute. Desperate for an experimental osteosarcoma treatment to save her young patient, she is told none exists. “What she hears is that it’s a rare disease. Nobody cares,” Dr. Kleinerman said.

That scene inspired her to focus her research career on osteosarcoma, a deadly bone cancer.

Today, Dr. Kleinerman is a professor of Pediatrics and Cancer Biology at University of Texas M.D. Anderson Cancer Center. With support from an Accelerating Impact for Hard-to-Treat Cancer Award from Children’s Cancer Research Fund (CCRF), she’s developing a novel vaccine to treat osteosarcoma that has spread to the lungs.

New treatments are desperately needed. Survival rates for pediatric patients with osteosarcoma are only 65%, falling to around 20% for patients whose cancer has spread, also called metastasizing.

“The problem is not the primary tumor,” Dr. Kleinerman explained. “The problem is that probably 90% of children diagnosed with osteosarcoma, even though we cannot detect any metastases, have very microscopic pockets of tumor cells in their lungs.”

Targeting immunotherapy to the lung

Based on prior research, she thinks that an immunotherapy vaccine could help chase down and kill cancer cells lingering in the lung.

Right now, 80% of children with osteosarcoma who have lung metastases relapse within one year. “Clearly there are tumor cells left behind. This is where immunotherapy shines,” Dr. Kleinerman said. “You give them the course of dendritic cell vaccine therapy, and I believe that you’ll be able to cure many kids.”

Dr. Kleinerman previously pioneered an immunotherapy, known as liposomal MTP-PE therapy, to help treat children who have relapsed and have osteosarcoma lung metastases. The treatment reduced the 8-year death rate by 30% and is now the standard of care in multiple countries around the world. “This is obviously a concept that can work,” she said.

Unfortunately, the U.S. Food and Drug Administration has not approved MTP-PE (Mifamurtide). “So in the United States, we’re still having trouble finding ways to get rid of these metastatic cells in the lung,” Dr. Kleinerman explained.

And so she turned her attention to another form of immunotherapy: dendritic cell vaccines. Dendritic cells play a vital role in beginning the body’s immune response. Like a night watchman, these cells patrol for invaders and alert other immune cells when they spot something awry. But first, the dendritic cells have to know what to look for. Kleinerman believes the key is training these immune cells to recognize a protein — CD70 — that is expressed on tumor cells but not on normal cells.

A new kind of cancer immunotherapy

While some immunotherapies work by taking a patient’s own cells, modifying them and infusing them back into the body, Dr. Kleinerman liked the idea of an “off-the-shelf” vaccine that could be quickly delivered to a patient — an advantage when the clock is ticking for patients with high-risk osteosarcoma. A vaccine would allow doctors to stop the cancer cells from spreading while a patient is still waiting for a prosthetic limb to be made or during the 4-8 weeks after surgery when patients must wait for their surgical wound to heal before starting chemotherapy.

To ensure the therapy is effective, doctors would still perform surgery to take out larger tumors because the body does not have enough immune cells to kill a bigger mass. “But if you have a very small number of microscopic, invisible tumor cells, that’s where the immune system can do its magic,” she said.

The general principal is similar to other vaccines for diseases such as chicken pox. “We have to educate these cells,” she said. “And we do that by taking osteosarcoma tumor cell lines and then culturing them with the dendritic cells. So what you’re doing is you are saying to the dendritic cells, ‘Here’s what proteins you must recognize, then go out find the cells that express these proteins and kill them.’”

The key is identifying a protein that has high expression on the cell surface of all or many osteosarcoma cells but very low or no expression on normal cells so that these dendritic cells won’t bind to and attack normal cells. Based on her preliminary research, Dr. Kleinerman believes CD70 is a promising candidate.

The CCRF grant will help Dr. Kleinerman do more research to verify that CD70 is the right target, plus show that the treatment is effective against different types of osteosarcoma tumors and that it doesn’t cause toxicities to other organs. “So there are all sorts of principles that have to be demonstrated before one can even think about moving into a clinical trial,” she noted.

If effective, the treatment approach could also be applied to other childhood sarcomas and more common adult solid tumors.

A commitment to rare diseases

While her interest in osteosarcoma was first fueled by a fictional story, it’s the real-life patients who keep Dr. Kleinerman going: like the teenage boy who survived and eventually became an orthopedic oncologist himself, and the young girl from North Vietnam who grew up, got married, and is now a mother of three. Both were participants in Dr. Kleinerman’s MTP-PE clinical trial. Now she’s hopeful that that this new line of research will create more success stories for kids in the United States.

Dr. Kleinerman sometimes hears from colleagues in the scientific community who don’t understand why she spends her time on a disease that affects 700-750 kids a year. But there’s no place she’d rather focus. “For some reason, osteosarcoma has just captured me, and these patients have captured me. It’s hard, but I feel like I can and have made a contribution,” she said. “I’m proud of my persistence. I’m proud of staying true to my heart and what I felt was important — not being diverted by success that would be easier.” 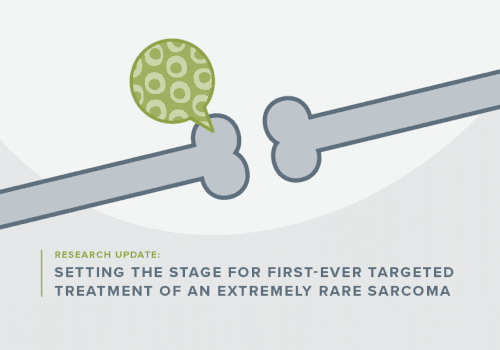 Dr. Okimoto studies a deadly subset of sarcoma, cancer that develops in the bone or tissue, called CIC-DUX4 sarcoma. He estimates only about... 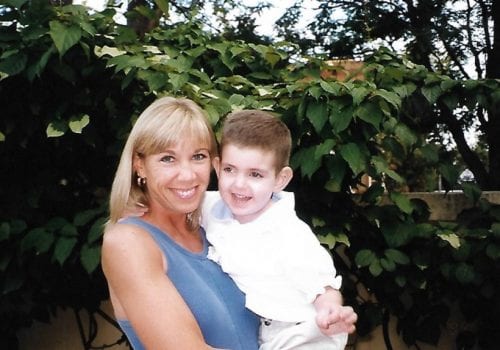 (Above): Angie with Catherine in 1998, when Catherine was in treatment for cancer. Very few people understand just what a family goes through w... 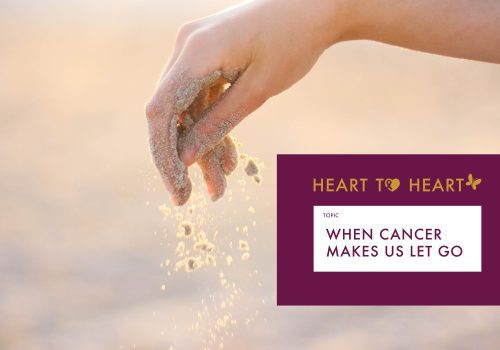 When cancer makes us let go

When a child is diagnosed with cancer, there are things that cancer parents and caregivers have to let go of, just to make it through. Maybe it...