With your help, we can find a cure for osteosarcoma.

With your donations, the Masonic Cancer Center, University of Minnesota created an osteosarcoma researcher “dream team,” positioning them at the forefront of osteosarcoma research in the United States. Researchers hope that they will soon be able to design more effective, customized therapies that minimize the devastating side effects of current osteosarcoma treatments.

Unlike some tumors, osteosarcoma is genetically complicated and difficult to understand using traditional research methods. Because of the complicated nature, researchers haven’t been able to fully trace the genetics of this devastating bone cancer—until now. Grants from the Zach Sobiech Osteosarcoma Fund has helped Branden Moriarity, PhD advance his initial research, giving him enough data on the disease to apply for and win an additional grant. Dr. Moriarity now has the funds to focus entirely on osteosarcoma research over the next two years.

Turn Discoveries into Clinical Trials
Phase I clinical trial underway to combat SEMA4D, one of the genes discovered by CCRF-funded researchers

Support Leading-edge Research
CCRF-funded researchers secured $4 million from government grants and other sources, proving the efficacy of their ideas and discoveries

Stay updated on our progress toward ending childhood cancer

Experience the magic of the 7th annual KS95’s “Clouds Choir” for a Cause, benefiting the Zach Sobiech Osteosarcoma Fund from Mall of America beginning around 6:10-6:15 p.m. CDT! Hear updates on cancer research breakthroughs, celebrate the strength of kids fighting cancer, and sing Zach Sobiech’s hit song, “Clouds” by clicking here. There will also be a special appearance by the cast of “Clouds” the movie – Justin Baldoni, Sabrina Carpenter, Fin Argus, Madison Iseman, Neve Campbell and Thomas Everett Scott, Vivien Endicott-Douglas and Summer Howell. 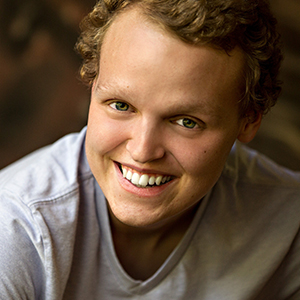 Zach Sobiech, 18-year-old teen from Stillwater, Minn., was never far from his friends, and his guitar.

Upon his diagnosis of terminal cancer in May 2012, Zach turned to music in a big way – writing and performing songs as a way to say goodbye, at first to his friends and family, and then to the world when millions who became affected by Zach’s heartfelt lyrics and irresistible positivity in the face of adversity.

When Zach passed away on May 20, 2013, his fans pushed “Clouds” up to #1 on iTunes, Spotify and the Billboard charts – a fitting tribute to a remarkable young man.

“I want to be remembered as a kid who went down fighting, and didn’t really lose.”Zach Sobiech

Zach bravely battled osteosarcoma, a rare bone cancer, with which he was diagnosed at age 14. As the disease progressed, doctors had no more effective treatment options to offer him a cure. Still, Zach decided to live like he always had, with a smile on his face, embracing every day with hope and joy.

Zach and his family started the Zach Sobiech Osteosarcoma Fund at Children’s Cancer Research Fund, and directed proceeds from his music and other fundraisers held in his honor to help researchers find better treatments to prevent and cure this devastating disease.

In collaboration with sarcoma expert Dr. Brenda Weigel, one of Children Cancer Research Fund’s Chief Medical Advisors and Zach’s primary doctor, a multi-phase research project is now underway. The project has brought together an A-team of basic and translational scientists with outstanding records of achievement in sarcoma research, including a veterinarian who treats canine patients with osteosarcoma. The partnership with Children’s Cancer Research Fund allows 100% of donations made to Zach’s Fund to go directly towards research.

Cancer may have taken Zach too soon, but his spirit remains a beacon of light and benevolence in a world that sometimes weighs too heavily. He has received several prestigious awards posthumously; his video for “Clouds” was awarded an Upper Midwest Emmy award, and Katie Couric presented him with the Dream Maker Award, Children’s Cancer Research Fund’s highest honor. His fund for osteosarcoma research keeps growing, now at more than $1.5 million. He will continue to inspire his family, his community and his fans to continue to help the children of tomorrow who learn that they have osteosarcoma.

We’ll see you again, Zach, up in those clouds.

Bryan Cranston, Jason Mraz, Sarah Silverman and others honor Zach in what People magazine called, “The best celebrity shout out ever.”

Laura Sobiech’s long awaited and much anticipated memoir chronicling her son Zach’s battle with cancer and the story behind his hit song “Clouds” is available now.

Relive the remarkable true story of a mother’s love, a son’s bravery and a song that touched millions.

My Last Days: The Zach Sobiech Story, One Year Later

Watch the new follow-up video of the gripping and immensely popular “My Last Days” documentary by SoulPancake, showcasing Zach’s family and friends a year after his death. This new documentary checks in on how their lives have changed since losing Zach, as well as the remarkable legacy of hope that he has inspired.

Watch Laura, mother of Zach, as she shares an update on the past five years since the inception of “Clouds” Choir for a Cause. “It wasn’t easy. [Zach] had to choose this every day, but he did. He made that choice to set aside his own sufferings and join in life.” A special thank you to Atomic K for producing this special video.

Zach in the News

From twincities.com
FEBRUARY 12, 2018 | Researchers developed a promising new therapy for osteosarcoma patients that last month went to clinical trial at the Masonic Cancer Center and at 30 other hospitals around the country. READ MORE

Memoir by Zach Sobiech’s mom shines through the “Clouds”

From startribune.com
MAY 1 | It turns out that Zach Sobiech wasn’t the only member of his family who can inspire people through words.The Lakeland teenager became an international sensation after he was diagnosed with cancer and wrote a farewell song titled “Clouds.” Now his mother, Laura Sobiech, has written a moving book that she hopes will help other families. READ MORE

DEC 6 | On December 6, 2012, during Ryan & Shannon’s KS95 for Kids Radiothon, KS95 debuted a song by Zach Sobiech, a teen with cancer, called “Clouds.” Zach and the song became a worldwide sensation, touching the hearts of millions. One year later 5,000 fans gathered at Mall Of America for KS95′s Ryan & Shannon’s Largest Clouds Choir to remember Zach, who passed away in May of 2013.

From kare11.com
NOV 3 | The Children’s Cancer Research Fund’s Dawn of a Dream Gala was highlighted on Saturday night with a very special award given to a Lakeland teen that captured the heart of a nation. READ MORE

From bringmethenews.com
SEP 29 | A dying Stillwater teenager who gained international acclaim for his musical farewell joined broadcasters from across the region as winners at the 14th annual Upper Midwest Emmy Awards Saturday night in Minneapolis. READ MORE

From twincities.com
SEP 19 | Sobiech is the Lakeland teenager whose song “Clouds” became an Internet sensation shortly before he died of cancer in May at age 18. READ MORE

From People.com
MAY 10 | This could easily be the most moving celebrity shout-out of all time. Zach Sobiech, 17, inspired millions with his cancer fight and the farewell song he penned, “Clouds.” READ MORE

A song played on heartstrings

From Star Tribune
JAN 7 | All Zach Sobiech wanted to do was to say goodbye to his family and friends. READ MORE

From CNN.com
DEC 14 | CNN’s Ed Lavandera reports on a teen battling terminal cancer with a song and a smile. WATCH VIDEO

Profits from the sales of these items will be donated to The Zach Sobiech Osteosarcoma Fund. 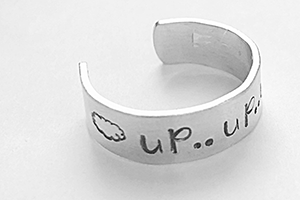 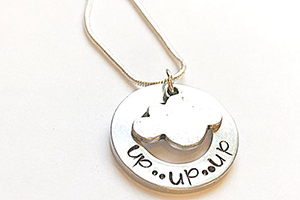 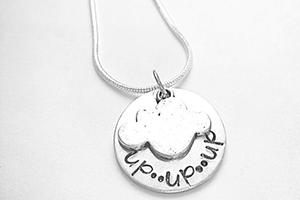 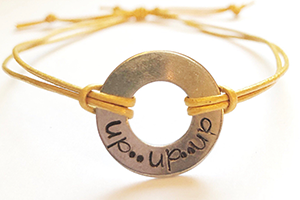 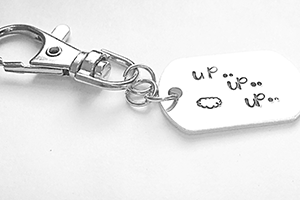 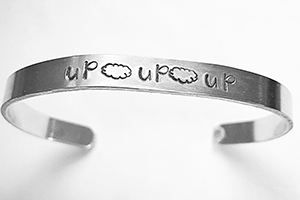 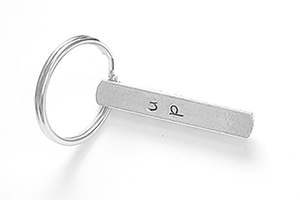