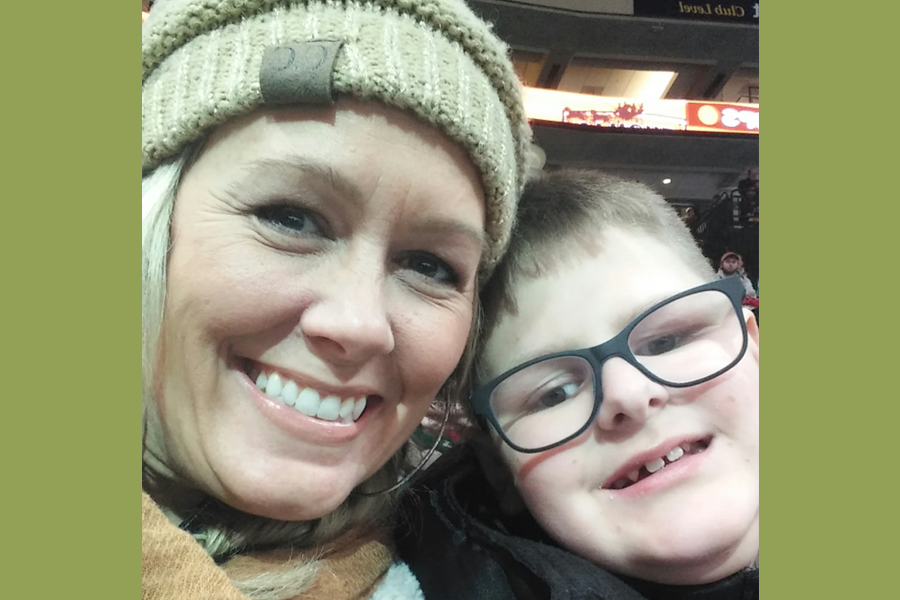 Connor was only 6 weeks old when he survived an emergency brain surgery.  It was in the hours of that life-changing surgery that I learned to live in each literal second. I couldn’t think about anything other than if he was still alive. I couldn’t look anywhere else than at the door to the waiting room where a nurse would emerge every 30 minutes or so to tell me if he had died or not. And I could only feel the weightlessness of my body and the twisting inside of my chest.

I was forever changed that day, for many reasons. What surprised me most was how it profoundly affected my ability and desire to look into the future. Each decision made during that crisis and the immediate days following were to give Connor the best chance to live. That’s it. Survival. I did not have the physical or mental strength to think about tomorrow – a tomorrow we knew might not have Connor in it.

We signed papers to release his tissue biopsy to other research institutions to find out what we were dealing with.  When we learned that he would need a full body MRI to see if there were any others masses, we said yes. We sat in silence as our surgeon explained to us that Connor had suffered a stroke before we got him to the emergency room. We listened closely in the intensive care unit about the goals needed to get Connor to a point that we could try to un-intubate him. We counted three minutes at a time as his seizures would start and watch as his care team administered medication to help them stop.

I never spoke of the ache in my arms, how I wanted to feed him, hold him, press him close to my chest. I wouldn’t let myself. I needed to stay in the moment for my own survival and his. To long for the things I didn’t currently have wasn’t an option I’d allow for myself. And I did this by living in each moment, weighing out what was most important in the present.

On the third day after surgery, Connor successfully started breathing on his own and was increasingly agitated, making his blood pressure soar.  I was asked if I’d like to hold him, and in minutes, my tiny baby boy was placed into my arms. I cried. I sobbed like I was holding my son for the first time all over again. He felt the peace too; he calmed and his blood pressure stabilized. The gift of holding my son was not lost on me. Not for a second.

The next day we were given Connor’s brain cancer diagnosis. With it came a gigantic binder that mapped our complicated treatment plan, one that would give him the best chance at life. We signed off on chemotherapy and a bone marrow transplant, a plan that his doctors felt would give the cancer the smallest possible chance of coming back.  And we began to navigate our new world one moment at a time.

Connor is now eleven years old. He has no cancer in his body, and he has had no recurrences, though his chance at life has come with a cost.  If you were to hang out with Connor for a day, you would see his struggles. You would see his shaky hands trying to get on his right boot. You would hear him beg to lie down and watch videos on YouTube to keep his mind busy when his body is too tired. You would repeat sentences and choose different words until you knew that Connor could hear you and understood. You would see the frustration on his face when he can’t get his head to figure out the answer. Or see the tears of embarrassment on the edges of his eyelids when he doesn’t understand what you are saying. You would help him clean his hearing aids and check batteries. You would count each morning and evening’s pill dose, prescribed to help control his ongoing nightly seizures, as a final check with him to make sure it’s correct. You would watch how he carries his right arm higher when running with his peers. You could see all the ways his needs are not the same as other kids his age.

Although I am very aware of his challenges, they are not what I choose to see. Being aware and choosing what to focus on are two entirely different things. I see a beautiful and amazing little guy who lives in each moment. For one, he is beautiful, because he resembles his handsome father!  But it’s so much deeper than that. Connor is unaware that his struggles should make him feel sad, that they make him different. He only sees solutions, how to seek things that bring him joy and how to be inclusive.  He knows how to use is left hand to compensate for the right. He knows to ask for help when he needs it. His visible scars do not embarrass him. And those things are beautiful, joyful and full of light.

Connor has taught me how to live and love more than any blog, book or motivational speaker ever could. I was given the best life when I became Connor’s mom.

Part One of Two: Make sure to read my dear friend Laura Sobiech’s blog about the moment she pictured the life her family might have had without cancer.

Written by Mindy Dykes, Community Outreach Coordinator
My son was diagnosed at 6 weeks old with a brain tumor. It was massive and required emergency brain surgery and an aggressive plan to treat the remaining cancer cells. Connor made it through surgery, survived chemotherapy and a bone marrow transplant all before he was 7 months old. Now, ten years later, my husband and I are navigating survivorship late effects, raising his preteen sister and always striving to keep life in balance. 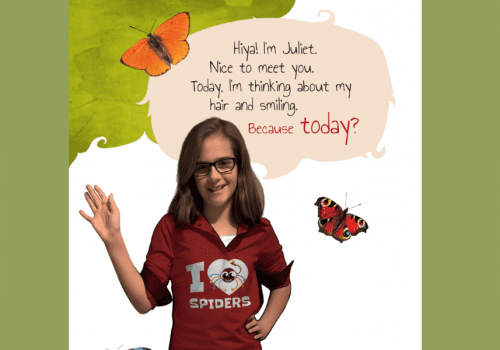