I Went There Once 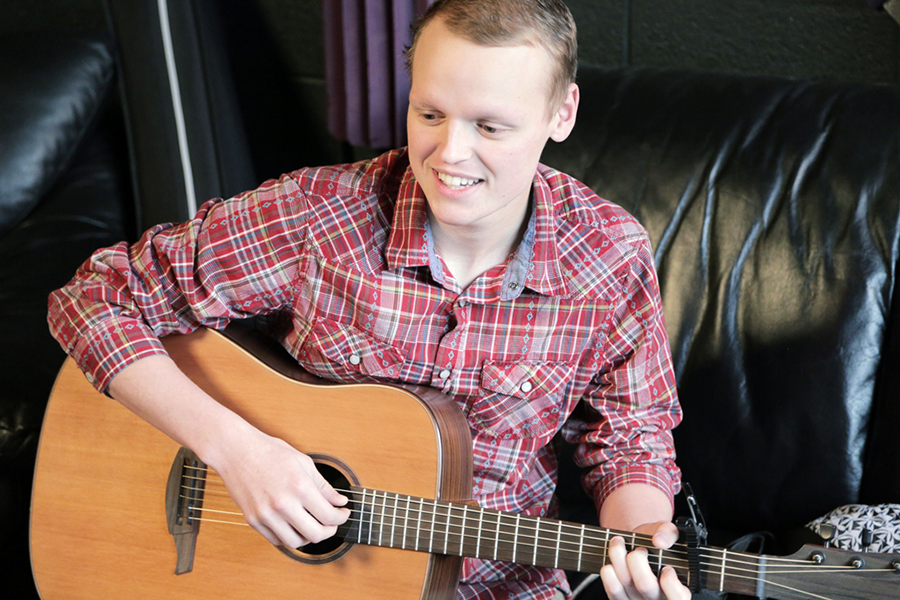 Laura Sobiech is the author of “Clouds: A Memoir,” a book that chronicles the final year of her son Zach’s life before he passed away from osteosarcoma in 2013. Her book has been adapted to the big screen in “Clouds,” an original movie now streaming on Disney+. Fin Argus plays Zach Sobiech, and Neve Campbell plays Laura Sobiech.

I went to that place once. For just a moment, I thought about what could have been, and I almost lost every spark of joy I had left. Despair almost won.

It was mid-morning in April of 2013. I was sitting at the kitchen counter as Zach crutched through the room to the door that leads to the garage. For the first time in days he was leaving home, and for the first time in several weeks, he was headed to the high school. He’d decided at the end of February to stop attending classes because he wasn’t feeling well enough. And, knowing he only had weeks, maybe months, to live, school just wasn’t a priority anymore. 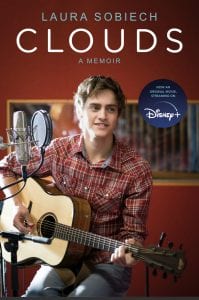 "Clouds: A Memoir" by Laura Sobiech. Fin Argus, who plays Zach in "Clouds," is featured on the book cover.

But this day was important. Zach’s favorite biology teacher had promised to play guitar for the class, and Zach, sharing an interest in music, was determined to be there.

“See ya later,” Zach said as he passed me.

He was happy and had a big grin on his pale, emaciated face, something I hadn’t seen for several days.  He was rail thin and his hair was patchy and sparse, the ravages of years of chemo quite evident. The bone cancer that just wouldn’t be killed ate away at his pelvis, filled his lungs and caused him intense pain. The medication to help dull the pain made him tired and nauseous, robbing him of his normally upbeat and cheerful disposition. I missed his toothy grin. It seemed we’d lost that part of Zach forever.

“Bye hon! Enjoy yourself,” I said in a cheerful voice as he reached for the door.

And for a split second I was transported to a different life. I imagined Zach, strong and whole. He had a head full of thick blonde curls, his shoulders were broad and full of strength and his long legs were sure and steady. He wore a white and red Stillwater Ponies letter jacket full of patches for various sports, and he had a backpack loaded with books slung over his shoulder.

I saw a boy who had a lifetime ahead of him, not the boy who would be dead in six weeks.

The crack in my heart that had formed over three years earlier when Zach was diagnosed threatened to break wide open and spill out every drop of hope and joy I had managed to hold onto. Waves of pain surged through me and I sobbed.

“No,” I stopped myself. “Not doing that. That isn’t our story, and it was never going to be our story.”

It was agony letting go of the life that cancer stole from us. But, I knew if I didn’t, cancer would steal this one too.

I changed my focus back to what I had:  a son who, through his suffering, taught me what faith and courage really looks like, and a family who taught me that I can live through anything with their support and love.

I learned that day that I had a choice. I could allow myself to go down the road of loss, count each one, and feed despair to my broken heart. Or, I could choose to remain in the present of the precious life I had been given and fill my heart with gratitude for what I had.

Watching Zach physically fade was gut-wrenching and heartbreaking. But, what the disease took from him was replaced by something more powerful than muscle and more beautiful than his grin. The disease helped form Zach into a young man who understood that pain, suffering and loss don’t have to rob us of love, and that true happiness doesn’t depend on physical strength and beauty.

Written by Laura Sobiech
Laura is the author of a book titled “Clouds: A Memoir" about her family’s journey with their son, Zach, as he battled cancer and eventually wrote a goodbye song called “Clouds.” She spends much of her time sharing that story, speaking at various events around the country and working with Children’s Cancer Research Fund. To read more about Laura, check out our blog post "Clouds: A Memoir" - Q&A with Author Laura Sobiech. 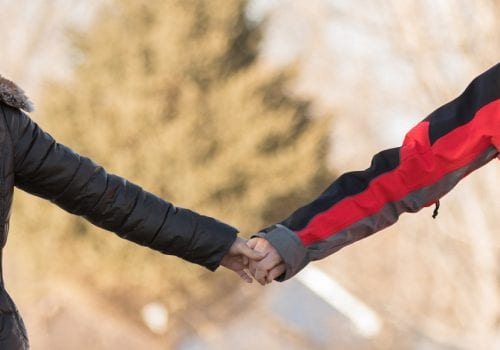 This is the second piece in a 3-part series. If you haven’t already, please go back and read Grief - Part 1: What Grief Is Not. What is grief...