When a 13-week-old baby has a stuffy nose and a mild fever, parents don’t usually panic. A simple trip to the doctor’s office, some antibiotics and lots of rest typically takes care of things. Baby Sydney, however, did not have a simple ear infection. Her high white blood count told another story—she had leukemia.

Thus this family’s journey began with a series of days in the intensive care unit with placement of a central line next to the heart, body scan, bone marrow, and blood tests of all sorts to figure out just what type of leukemia Sydney had. Within a few days came the final diagnosis — acute myelogenous leukemia (AML) — and that’s when they realized just how unusual Sydney’s situation was.

It was rare enough that an infant would have leukemia in the first place, they were told, but this type was exceptionally rare.

The hospital physicians wanted to begin treatments immediately, and so did Sydney’s parents Mary and Kevin. Various protocols were discussed, with all roads eventually leading to an umbilical cord blood transplant at the place that pioneered this procedure – the University of Minnesota.

Sydney’s parents knew her case made her cancer treatment highly specialized. What they didn’t know, however, was just how dangerous the transplant process was and that the survival rate for infants was a mere 50 percent.

“We were stunned. We were told that no one had much experience working with children this young because they simply didn’t survive,” said Mary tearfully. “It was the hardest news we’d heard up until then, and all we could do was pray for the best.”

The U of M offers a unique opportunity

Because they were being treated at the University of Minnesota, one of the leading pediatric cancer research facilities in the nation, they were offered the unique opportunity to participate in a study using mesenchymal stem cells in the transplant. The goal was to determine whether these stem cells might make the transplant safer. Mesenchymal stem cells are cells that can become the “nursing” cells of the marrow, which might help the bone marrow recover more rapidly after transplant.

“There were so many unknowns, but in the end we opted to participate because we knew if we didn’t we might be passing up the best chance of all to save our daughter,” said Mary. As it turned out, Sydney was the first in the world to receive mesenchymal stem cells from an unrelated donor.

The Wall Street Journal even called the family for an article on patient participation in clinical trials with the focus on “being the first.” “She’s a bit of a celebrity in the world of stem cell transplants,” Mary said with a smile.

Sydney recovered quickly, never relapsed, and a month later she was released from the hospital. Today she is a healthy and hasn’t seen a doctor in years except for her regular well-child visits. 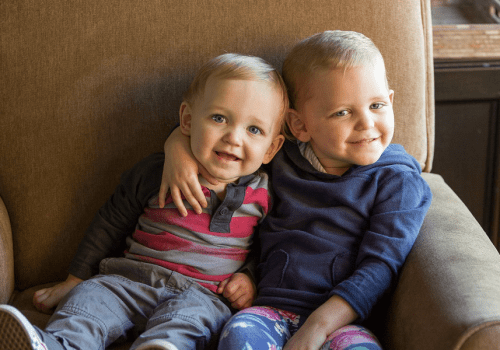 The Next Generation of Leukemia Therapy 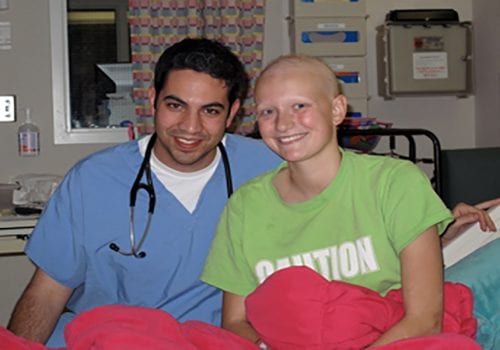 It’s Ok – Fearing What Comes After the Hospital

I never wanted to be in the hospital. Nothing about leaving my home for a week, skipping school or missing Friday night football games to have ... 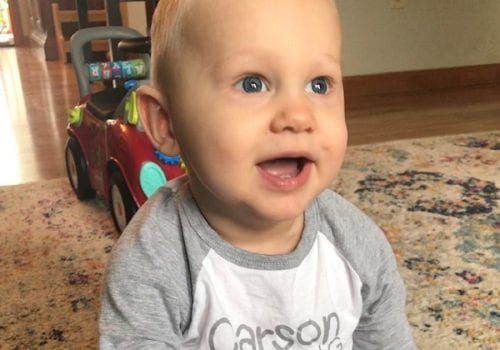 On an otherwise normal morning in July, 5-month-old Carson woke up crying – hard. Kelly, Carson’s mom, did everything she could to comfort ...