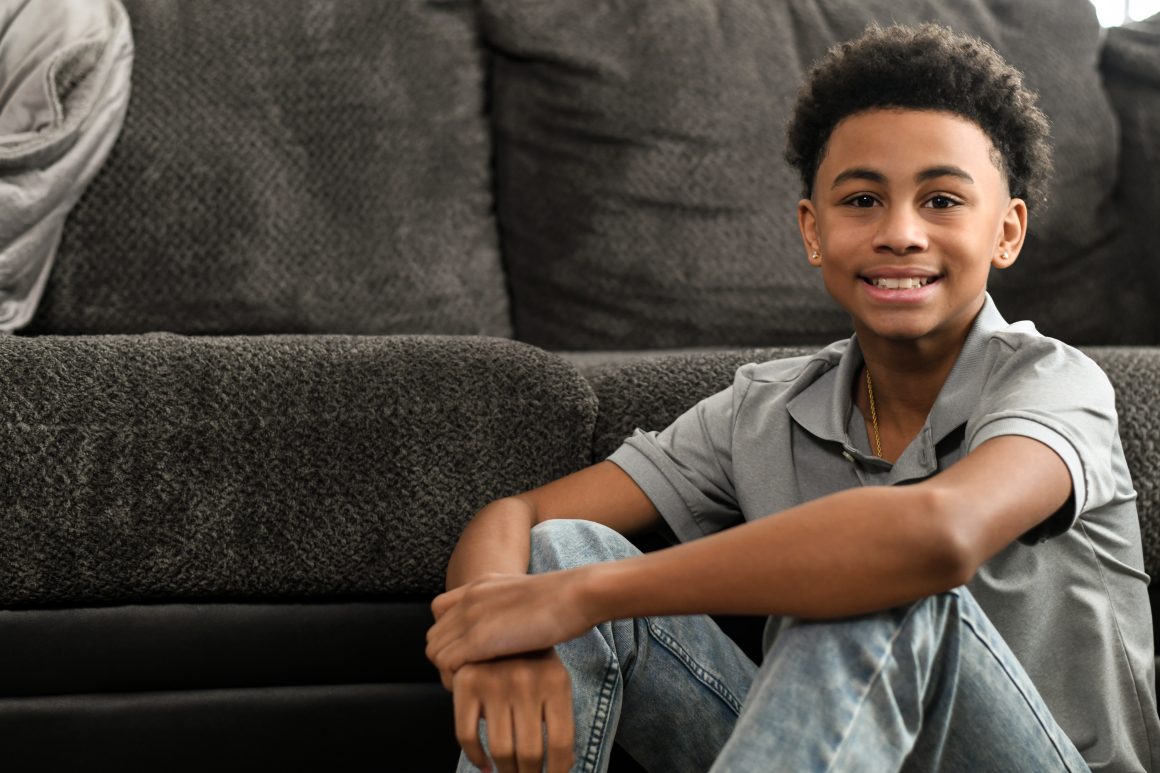 Rider is an athlete – he loves sports, especially football, so bumps and bruises here and there are nothing new. But when he noticed a bruise on his back from a minor fall during gym class was a lot bigger than he expected, and wasn’t going away, Rider got a little worried.

His mom, Jen noticed as well – and when her usually energetic 12-year-old son started falling asleep at the kitchen table doing homework, she decided it was time for a visit to Rider’s pediatrician. The pediatrician sent Rider and Jen to the emergency room at the University of Minnesota Masonic Children’s Hospital in Minneapolis, where an oncology team was prepared to break the terrible news – Rider had leukemia.

The first thing Rider asked his mom was if he was going to die.

“That’s the hardest thing to hear your child say,” Jen said. “No parent should have to hear that sentence.”

What Doesn’t Kill You…

Rider had one of the hardest-to-treat forms of leukemia, acute myeloid leukemia. Treatment involved five rounds of chemotherapy, which can effectively kill cancer cells, but not without damaging nearly everything else in its path. 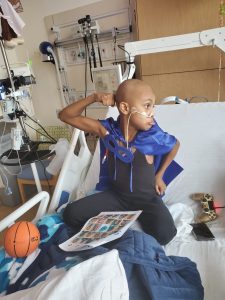 “I thought chemo helped you… and it does in the long run, but it hurts in the moment,” Rider said. “It’s so toxic that your hair falls out, your immune system shuts down, you’re throwing up and tired and hurting all the time… nobody takes drugs as bad as chemo.”

During his fifth round of chemotherapy, Rider’s health took a scary turn. Both of his lungs collapsed and he ended up in the intensive care unit on a ventilator for 15 days, with dangerously low white blood cell counts. Rider said making it through that ICU stay, while traumatic, helped him realize how strong he really is.

“That’s when I knew I’d been through some real stuff and beat the odds of surviving,” he said. “I just beat one of the hardest diseases in the world. That’s when I started feeling myself a little bit.”

Rider’s chemotherapy treatments left him with close to no immune system, meaning he couldn’t leave the hospital and couldn’t have visitors other than Jen, for months at a time. On top of enduring cancer treatment during a global pandemic, Rider and his mom also witnessed the protests in Minneapolis that garnered the world’s attention after the killing of George Floyd. They could see some of the protests outside his hospital room window.

“Not only were we fighting cancer during a pandemic and had social justice issues in the city, but he’s stuck in a room at 12 years old,” Jen said. “He just wants to play sports and do what everyone else is doing, but other people weren’t doing those things either.”

This pain, isolation and uncertainty seriously damaged Rider’s mental health. He knew he couldn’t do any of the things he loved while he was in the hospital, and because of COVID-19, he didn’t know if he’d be able to do them if and when he got out, either. Would football still be there for him when he was well enough to play? Would he GET well enough to play? 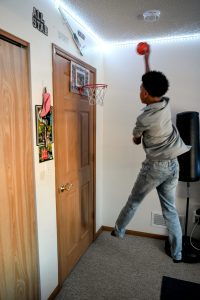 Rider dunks a basketball in his room

Rider hadn’t had time to mentally process the trauma he’d been through during treatment, and when he came home, the weight of everything he’d endured hit him full force. His mental health spiraled, and he told Jen he wanted to kill himself.

“There were days when I just didn’t want to suffer,” he said.

Jen immediately got Rider set up with help – most notably, a fantastic therapist who has helped Rider work through his feelings and come to a much better mental place.

Today, Rider says he’s so grateful he asked for help, and is looking forward to his future. He plans to try out for his high school football team, get a good GPA, and catch up with his friends who had his back all through treatment. He says his mom and his therapist have helped him see the potential his future holds, and that asking for help has only made him stronger.

“That’s how you know you’re a strong person,” he said. “You ask for help.”

Rider’s hope is that sharing his story inspires people to step up and be a part of funding much-needed research that can make treatment easier for kids. He also hopes that his strength can show other kids facing cancer that even in their darkest moments, they can get through it.

“Anything you put your mind to, you can do it,” he said. “I was scared I’d have to learn to walk again, but I did it. I started playing football again. I adapted to my surroundings and I got through it. People helped me, so I’m doing this so I can give back, and if I help one person, I’ll be happy.” 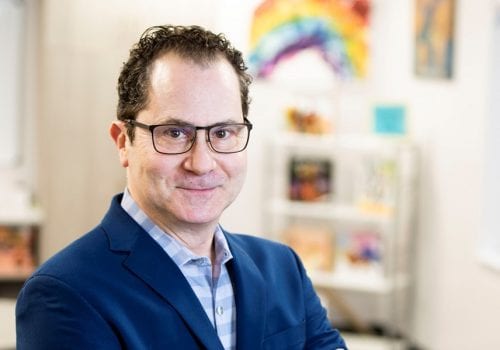 Children’s Cancer Research Fund is pleased to announce that the Board of Directors has selected Daniel Gumnit as Chief Executive Officer, eff... 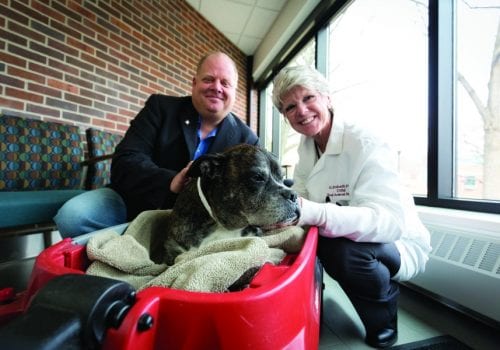 Depression and Survivor’s Guilt After Leukemia