How Cancer Makes Us Mighty 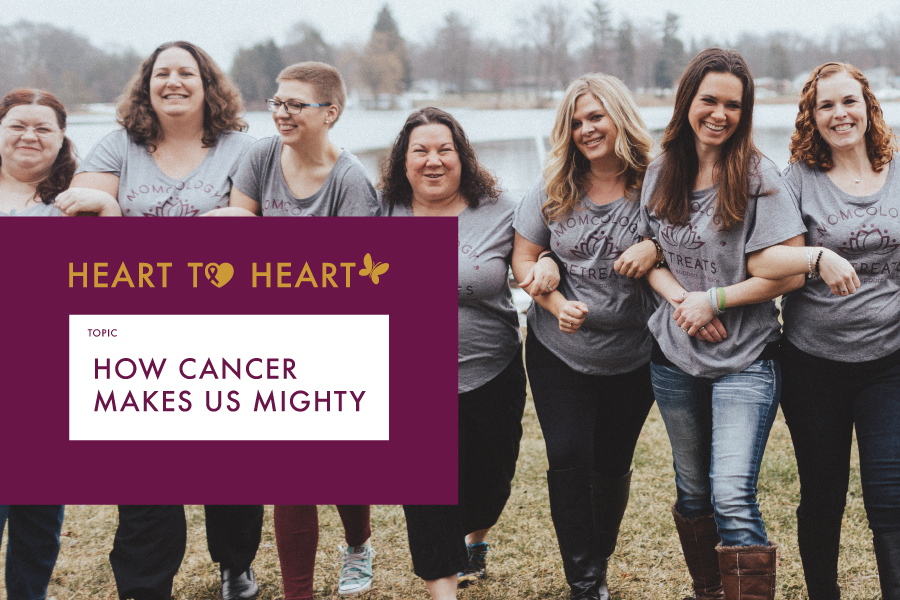 When a child is diagnosed with cancer, the child and the family face challenges they never knew existed — but they also find strength they didn’t know they had. Cancer has a mighty fierce opponent in kids – because these kids are mighty strong, and their stories are mighty powerful.

Through our partnership with Momcology, we asked cancer caregivers to tell us about a time when they’ve seen their child be especially mighty, and when they’ve felt mighty themselves. Below are their responses, and stories of incredible strength coming from some truly mighty kids and parents.

Cancer treatment involves so many things that would make a kid anxious and terrified about going to the hospital or the doctor, and then some. During treatment, kids endure needle pricks, port accesses, toxic medicines that make them feel sick for weeks, grueling physical therapy to recover from it all and more. But these caregivers say that the scariest, most painful moments have given them a chance to see their child’s mighty bravery shine through.

“Our mighty moment – the minute Mason wanted to push his IV chemo pole for the two and a half our drip to walk up and down the halls, at the age of three. This child, who should be running and jumping and having fun at daycare wants to push his own pole. He could barely reach the circular handle to hold onto it but he wanted to do it himself and be a big boy. It was inspiring and heart-breaking at the same time.” Nikki

“My son Myles was in long-term maintenance for acute lymphoblastic leukemia. He was 3 years old. Port access was a very difficult and traumatic thing for us during treatment, but he had gotten to a point where he know the numbing cream helped him not feel the poke, and he was brave enough to tell us he was ready for it. He decided to be strong and sit by himself, rather than on my lap, and fully cooperated with the nurse for the access. He didn’t even flinch, and he watched the whole process. I felt so amazed and inspired, and a little bit sad for the reason for it all.” – Amy

“When Adalyn was 3 and a half years old, she decided she did not like the ‘mask’ to be put under because she hated the smell and it freaked her out. So she requested to get the ‘poke’ back in the room so they could just give her meds through the IV. They usually would place the IV after they were able to make it less stressful on the kids, but she said she would rather take the poke and not have the mask. Now, at 7 and a half, she still requests the poke to avoid the mask. I was in awe of her. She sat so still and took the poke and her eyes only got teary – she did not cry.” - Theresa

We all know how hard it is to show empathy for others when we ourselves are in so much pain. But caregivers say they’ve seen their children take the opportunity to comfort or encourage nurses, doctors and their own parents during tough moments. Kids pick up on so much, and it’s a testament to the care they’ve been shown that they can show so much care themselves.

“My son got a port infection. I was two weeks away from delivering his little brother and was quite emotional as people tend to be when they are nine months pregnant. I finally took him to remove his port to stop the infection. I wasn’t crying, but I think he could sense that I was especially nervous. Right before they took him back he said, ‘It’s OK, Mom! Remember you can be scared and still be brave!’ which was a line from one of his favorite movies at the time. His strength carried me that day. I was so proud of the way he handled something that is so scary for adults, let alone a 5-year-old child.” – Sarah

“When my son Nicholas was in his battle, he showed us how to be strong by showing us it was ok to be scared, cry, and be sad. We were very open, and he was, too.” - Tisha

“Because of her age and weight, Becca had to get a lot of shots – three shots at a time. Her legs got to where she could hardly walk and every time we had to go in and get them, she would scream into a pillow. But she never told them to stop. The nurse and I would cry while she was getting the shots. After each set of shots was done, she would sit up, hug her nurse and me and tell us that she was ok. She wasn’t going to let cancer or the treatments tell her what she could or could not do.” – Natalie

During cancer treatment, kids have little control over what happens to them. But when they do have control, something to work for or something to fight through, their determination blows us all away. Whenever they can, they do things in their own way, on their own terms.

“On the morning of her third craniotomy at age 15, Mikaela knew going in that there was a big possibility that she may lose movement on her right side, among other grave possibilities. At 5 a.m. she jumped onto the exam table in the pre-op room and said, ‘Let’s get this going.’ When they checked her blood pressure, it was low. Mine was probably high enough for all of us, but she was calm as can be knowing that she would, with the Lord’s help, get through it regardless of what happened.” – Heather

“When Joe was told he was out of treatment options and had to go to a hospice center, he decided to tell family and close friends himself rather than delegate that responsibility to me. He repeated those words and handled the devastating emotional aftermath nine times over two days. The strength, maturity and dignity he displayed was extraordinary. He refused to cower from anything and faced it all head-on.” - Susann

“When my son’s tumor grew in 2016, he approached his new reality with matter-of-factness that I did not possess. He’d majored in biochemistry and was able to discuss his treatment options intelligently with his medical team. He accepted his further vision loss and proceeded to adjust his lifestyle. He continues to be resilient and display a positive outlook. He has taken his low-vision status and turned it into a means to obtain his childhood dream. This summer, he was medically certified to swim in para-olympic competition.” - Eilene

“My son was stuck wearing his orthotics and going to physical therapy to keep his body, legs and feet as strong as possible while in treatment and experiencing significant neuropathy. Even when he was exhausted from chemo, he went and worked his hardest. His physical therapist was mighty, too –they were such a great team!” - Kim

When caring for a child who has cancer, the challenges parents face can at times seem insurmountable. But time after time, these caregivers reach deep inside themselves and draw strength they never knew they had to get their families through the day – and the next day, and the next. Their instincts and their advocacy for their children shows how mighty they are, whether they feel that way or not.

“I felt mighty when our pediatrician told me he was proud of me for advocating for Collin. He told me I saved Collin’s life.” - Amy

“I’m proud of being an advocate and demanding all the answers for every single question I had for our oncologists during treatment. It makes me proud that I kept it together despite my husband being stationed four hours away and caring for three other children. I have lasting scars, mainly anxiety, PTSD and a bit of OCD. But I survived. We all survived and are thriving. I’m proud of that.” - Cyralynn

“I can’t say that I ever felt mighty during treatment. But going through it and being in the hospital so much taught me how to stand up for myself and my children more. I have taught other new moms to never back down when it comes to their kids and doctors. We are their voices.” – Natalie

Momcology, in partnership with Children’s Cancer Research Fund, is working to create meaningful content that raises awareness about what families face while going through childhood cancer. By combining CCRF’s authentic storytelling capabilities with the many voices and experiences from within the Momcology network, we are eager to provide a new platform to amplify caregivers’ voices to the public to both accelerate research and raise awareness. Visit Momcology to learn more and join their community. 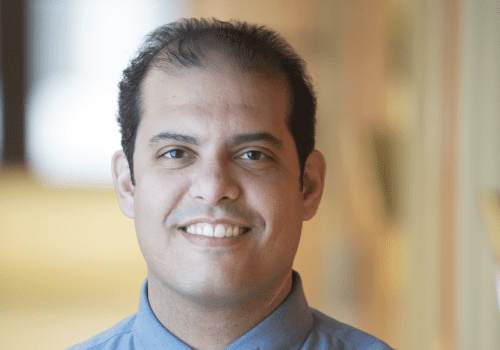 Current research data suggests childhood cancer survivors are not getting the care they need, which can become life-threatening. “Survivors t... 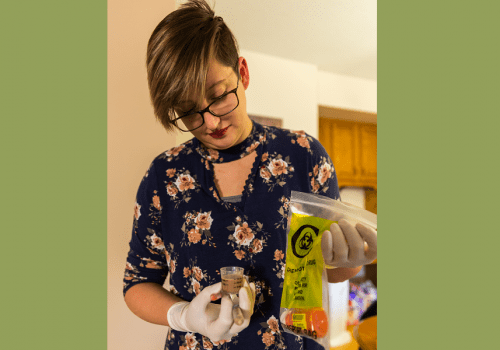 5 Tips to Help Your Child Take Their Medication

As any parent who has ever had a sick child knows, sometimes it takes more than a spoonful of sugar to help the medicine go down. Helping kids ...