Even the slightest human touch can cause 12-year-old Eleafar “Eduardo” to bristle in pain. His mother can’t kiss him. She can’t hug him. She can’t hold his hand when he is sick. And what may seem like simple ways of a mother taking care of her son —bathing him, changing his clothes—are so painful it can take hours for his mother to do each day. “When I try to hug him, I hurt him,” says his mother, Margarita, her eyes filling with tears. “I cause him great pain all the time.”

Smiling through the pain

Eleafar sees it differently. He says those painful rituals and all that time his mom spends at his side—they’re because the two are meant to be together. “When I was four years old, God told me,” he says. “God told me I chose her to go on a journey with me in the world.”

Eleafar’s journey began when he was born in Madison, Wisconsin. He was born without fingernails. And his skin, it would flake off like onionskin. He was diagnosed with epidermolysis bullosa, or EB, a genetic disease of the connective tissue that occurs in 1 in 50,000 children and causes blisters on the skin and in mucous membranes. Eleafar can blister and burn both inside and out.

Today, Eleafar and his mom are in Minneapolis at the Ronald McDonald House, where Eleafar is recovering from a bone marrow transplant (BMT) he underwent in August at the University of Minnesota Masonic Children’s Hospital using marrow from his sister. Through extensive research, doctors at the U of M discovered Collagen type VII proteins can be given to patients through a BMT. They are hoping the BMT will slow the bubbling and peeling away of Eleafar’s skin.

As Eleafar plays a game on his smartphone, oblivious to the constant motion around him, a worker at the Ronald McDonald House pushes a dolly containing four boxes so big they obscure his tall body and nearly tickle the tiled ceiling. His mother leans in and points at the boxes. “Those are his bandages for one month,” she says.

Every other day, Eleafar has to be bathed and re-bandaged. It’s a process that can take his mom as long as four hours. Often, Margarita has to stop while Eleafar screams in pain. Other times, she just goes on. “Sometimes I just close my ears so I don’t have to hear it,” she says. “It is so hard for a parent to hear, ‘I want to die.’ But I just tell him every time, ‘I cause more pain, but it is because I love you.’”

This has been how she has bathed Eleafar since he was born. First, using bleach to soak his blistered body. Now she soaks his body in vinegar. Afterwards, she applies ointments to his swelled skin and wraps him in bandages.

Until recently, topical treatment for the blistered skin was the only treatment for EB. For years, Margarita was told the same story: “There is nothing more we can do.”

Margarita eventually found a new specialist in Madison. That’s when she learned about cutting-edge research at the University of Minnesota. Led by Dr. John Wagner and Dr. Jakub Tolar, the Blood and Marrow Transplant (BMT) Program at University of Minnesota Masonic Children’s Hospital is currently the only program in the world providing groundbreaking treatment for EB, using donor stem cells to introduce Collagen type VII proteins to the body.

Last summer, Margarita uprooted her life in Madison, where she has three other children, to give her son the opportunity to receive this new groundbreaking treatment. She knows it’s not a cure. But she will do anything to help reduce his pain.

Today, Eleafar still wears a port, where he receives chemotherapy as part of his BMT. He is tired, but he is showing small improvements. The blisters are fewer, and they are taking less time to heal. The baths, they are getting a little easier. He is still recovering from the BMT, and his mom knows there will be side-effects and complications. But she is prepared. She has already seen everything.

As his mother talks, Eleafar continues to combat the invaders on his smartphone, his eyes glued to his swift thumbs. He is, at this moment, like most 12-year-old boys. It’s a rare moment Margarita cherishes.

“Sometimes I think that it is all too hard for him. I wonder if it is okay for him to go on,” she says. “But when you see him smile…when you see a little boy enjoy life…it is all you need to know. And that is how I know I had to come here for a reason. He is my angel….And like he told me, we are on this journey together.” 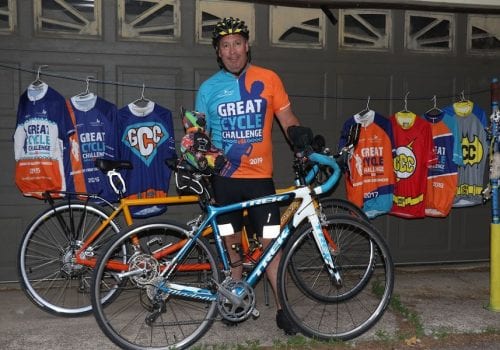 When Minnesota physician Arden Virnig hopped on his bike nearly every day in the summer of 2015, his thoughts went to the empty saddle behind h... 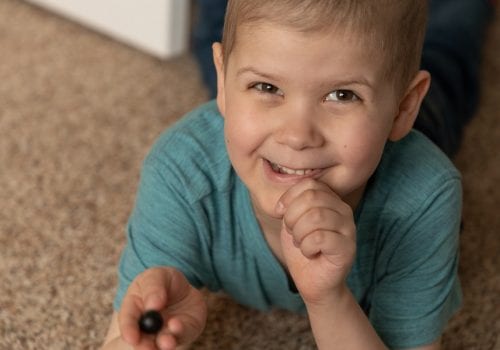 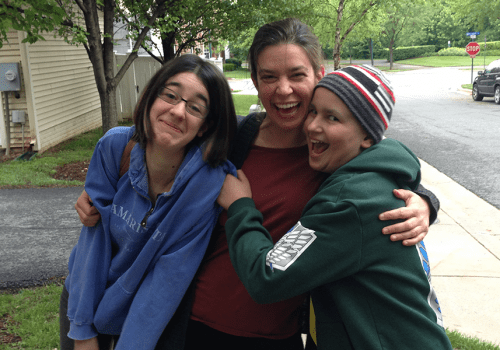 Osteosarcoma is so overwhelmingly good at overcoming current treatments that it may just take a rocket scientist to help defeat it. Theresa Bee...