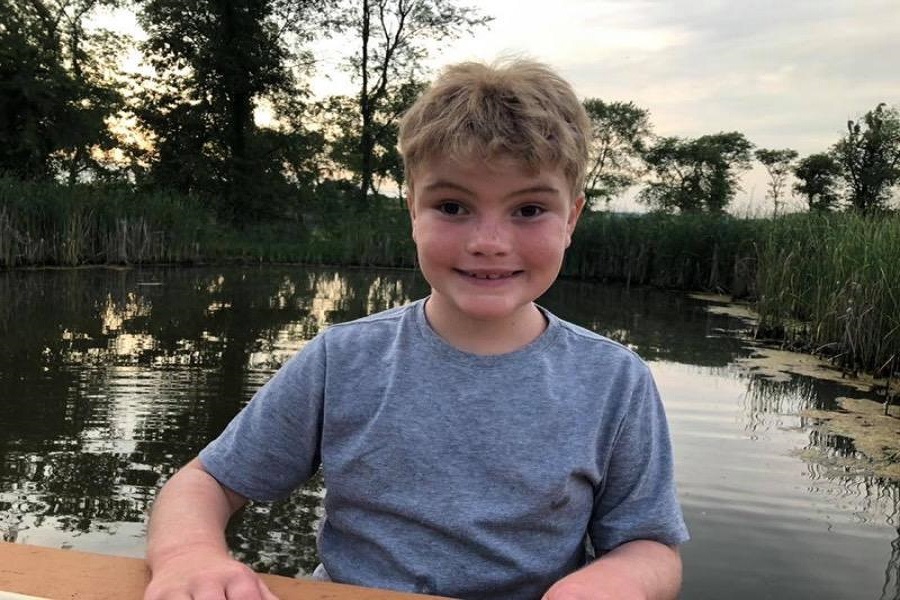 “We didn’t know anything about childhood cancer at the time, and at first we kind of thought we’d be like other cancer families who could count down the number of treatments until we’re done.” Andrea, Gunner’s mom, said. “Obviously, any type of cancer is horrible, but for Gunner, we have to manage it like a chronic disease because we don’t know that it’s ever going away.”

Andrea first started to worry when she could tell Gunner was having vision problems – he had trouble finding things on the floor, and she noticed him feeling for the stairs with his feet because he couldn’t see them. After bouncing from the pediatrician to an ophthalmologist to the emergency room, a CT scan showed what was causing Gunner’s vision issues – and it was not good.

Gunner had a huge mass right in the center of his brain, making it both difficult and dangerous to remove. It was also blocking his cerebrospinal fluid from draining back down his spine, meaning it was trapped in his head and causing it to swell. He needed emergency surgery and a shunt to allow the fluid to drain. This was not only scary for Gunner’s parents, but also quite a task to handle their active, rambunctious 3-year-old who doesn’t know just how fragile he is.

“The shunt they used was external, so the fluid was coming out of his head into a bag, which was so scary,” Andrea said. “It was very stressful trying to keep this active 3-year-old’s head safely level with the bag. Looking back, I don’t know how we did that.”

Gunner has now been in treatment for his tumor for four and a half years – treatments that have included:

These treatments take Gunner out of school, cause vision problems and other health issues, and don’t guarantee that his tumor won’t start growing again. For Gunner and his family, the goal will likely never be to get him to the point where he’s declared “cancer free.” While researchers are working on developing therapies for different kinds of childhood brain tumors, there is no known cure. Gunner has been on six different kind of treatments, and so far, the sixth has reduced his tumor’s size by 75% and is still holding the line. But Gunner can’t be on this treatment forever.

“The problem with Gunner’s therapies is that everything is still in trial, so you don’t know the safe dose. You don’t know how long you’re supposed to be on it. Long term side-effects are unknown. And you don’t know what happens when it stops,” Andrea said. “It’s really difficult that we’ve been doing this for so long and feel stuck in this cancer world.”

Having cancer certainly hasn’t made Gunner shy – now 8 years old, he will enthusiastically ask classmates if they want to feel his shunt, and feels important when he gets to miss school to go to what he calls his “special treatments.” Science is Gunner’s favorite subject, and when he’s feeling well, he loves to spend time in nature or making videos of his adventures. Andrea says she feels lucky to have a kid with such a strong spirit that no ailment can dampen it.

“I hope he always has that attitude about it, and we really do try to make it as fun when we can,” she said. “We’ll find a new park to go to after treatments to go hiking – but not a park with a playground.  Gunner likes the grownup kind. We like to joke that Gunner doesn’t know he’s a child.”

Gunner has now had cancer for more than half his life – a reality that makes his family passionate about advocating for better treatments and cures. If his current therapy quits working or he has to stop receiving it, there may not be other options for him. But Andrea says the possibility of research that could lead to another option, another clinical trial, another lifesaving drug, is what keeps her going.

“My child has one of the types of cancer where there is no cure, and our treatment options have become very limited,” she said. “A clinical trial medication has been our lifeline. So anything we can do to help move these meds out of clinical trials and make them more available for kids like Gunner, we will do. Research is needed for more options to be developed as well. Feeling like you are running out of options is crippling.”

Your gift moves research forward so kids like Gunner won’t have to worry about running our of treatment options. Donate to support the brightest researchers working towards better, safer treatments and cures. 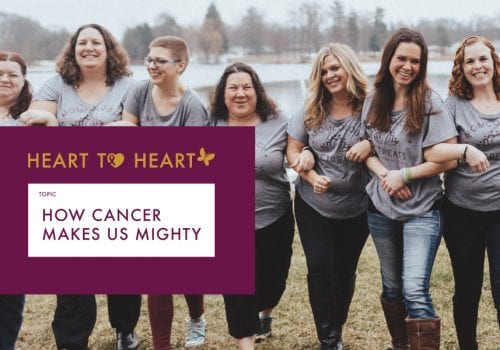 How Cancer Makes Us Mighty

When a child is diagnosed with cancer, the child and the family face challenges they never knew existed — but they also find strength they di... 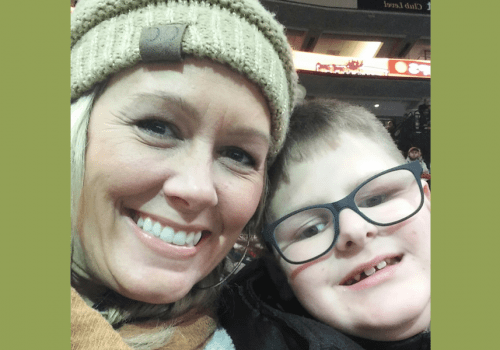 Connor was only 6 weeks old when he survived an emergency brain surgery.  It was in the hours of that life-changing surgery that I learned to ...