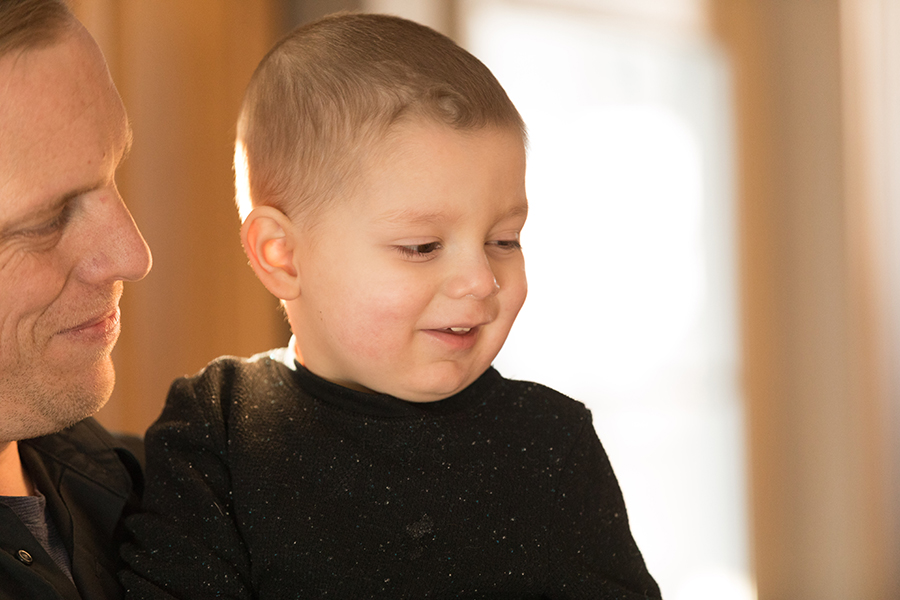 When I became a father 10 years ago, I was ready. I had gotten a puppy a year prior - it didn’t die the first year, it was potty-trained and was a pretty well behaved dog (11 years old and still kickin’). So when we found out we were pregnant with our oldest son Adrien, I was prepared… Well, as prepared as a new father could be.

Frankly, fatherhood came pretty easily to me: love him, keep him fed and occasionally take him out into the yard to go to the bathroom (kidding of course). Everything went smoothly for our firstborn. We then decided to have a second, Allister. He was much like his big brother in that he didn’t have any health issues, he was very easygoing and was on par with everything we had gone through with Adrien.

When we found out we were pregnant with Aric, we were surprised… Very surprised. In fact, two days before we found out, my sister had announced that she was pregnant and I offered to give her all of our baby stuff because we were done having kids. The weekend we found out we were pregnant with Aric was a bit hectic. The basement in our house flooded, the dishwasher decided it had had enough and my wife was coming home from visiting family in California. It was one of those weekends that life was going to throw a bunch of stress at us to balance out some great news.

Aric was much like the other two boys - very normal pregnancy, very normal first year. In fact, he was ahead of schedule for everything. He was walking at 10 months. We joked that it was a survival technique because the older brothers were always wrestling and there was always chaos in the house. It’s truly amazing how, when you think you have a rhythm going with parenting, life throws you a curveball.

At 1 and a half years old Aric was diagnosed with a malignant brain tumor. We didn’t know where this road would bring us. We knew nothing about what lay ahead. We were in uncharted territory. We had to adapt to the situation and create a new normal.

The first week or so we were in shock; looking back, it was but a flash of time. But when you are in it, time moves extremely slowly. There comes a point during the initial shock and the anguish that keeps creeping in at times, where you look at your child, and say “It’s time to fight. The extreme sadness is not helping him make it through. It’s time to fight.” At that point you try your hardest to lift this child’s spirits and hang on to every little smile and memory of him when he is feeling good. While there is always that fear, and the sadness does creep in from time to time, confidence that we were making the right decisions always seemed to pull us through.

Honestly, I am pretty sure we made mistakes along this road with regards to being a cancer parent, but that is really what parenting is about: make the mistakes, learn from them and adjust for the future.

Our kids are amazingly understanding - they knew that mommy and daddy needed to be with Aric. My wife Jessica and I stayed with Aric in the hospital for every stay, because neither of us could fathom Aric waking up without at least one of us there. We made sure we figured out Aric’s highs and lows during chemo and made sure that we only brought the older boys to see Aric when he typically feels good. We tried to shield them from the extreme lows as much as possible. Each of the six chemo sessions were pretty much like clockwork, so we could create a basic plan after the second session.

I hear this very often from people, “There’s no way I could have gone through that with my child.” I used to be one of these people. Now I look at that statement and say, “Of course you could. You are stronger than you know.”

So after four surgeries, six rounds of chemotherapy, a bone marrow transplant and six weeks of proton radiation, Aric finally got to “ring the bell” to signal that he’s at the end of treatment and on his way to recovery. These days Aric’s hair has grown back, he is off all restrictions and is back to being a little kid again.

On Friday, June 15 Aric had his second post-treatment MRI. There was no growth of the tumor, which is amazing news. To put that in perspective, in January and February his tumor grew enough to show up on a scan and cause concern - this is normally a very fast-growing tumor. To have no change means it is likely now dead and over the years will start melting away, or just be there as a benign mass, not affecting Aric at all.

All of this progress can be directly attributed to research and contributions that push forward therapies like those that Aric received. As a parent of a child with cancer, there is nothing we want more than a cure for our child and for other children fighting cancer. Being a cancer father took me out of the back seat and got me trying to do anything I can to push for a cure.

This Father’s Day, I have a new perspective on what it means to be a father. Aric has taught me just how resilient children can be. Adrien and Allister have shown me how understanding and thoughtful siblings can be. They really rallied behind Aric and it brought us all much closer together.

We got through this challenge, and while there will most definitely be many more challenges ahead, we can move forward, confident that we can take life’s curveballs in stride and come out of it stronger.

Written by Tom Ferlaak
Tom Ferlaak is the father of three sons: Adrien, Allister and Aric, who was diagnosed with a brain tumor in April 2017. Tom and his wife Jessica live in Maple Grove, Minnesota and are looking forward to the day they can finally say Aric is in remission. For more about Tom and Aric, read Tom's blog, Father of a Cancer Superhero. 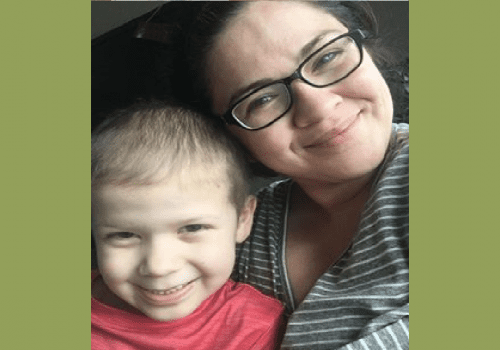 Dr. Okay Saydam, MSc, PhD, a researcher at the University of Minnesota, has been working on ways to beat brain tumors for the past 15 years....