“It’s an immediate life change,” Mona said. “There’s so much information being thrown at you at one time, and Cash was asking questions like why he couldn’t eat, when could we go home… he didn’t really understand what it all meant.”

Three-year-old Cash has always been an active toddler – he played baseball and soccer, and was taking swimming and MMA lessons to burn off all his extra energy. So when his mom, Mona, first noticed bruising on his legs, she took him to the doctor but neither thought too much of it because Cash had been extremely healthy. Per the doctor's suggestion, she ordered some shin guards and moved on. But later that week, Cash woke up cranky, and Mona noticed a red mark inside his mouth. As she started to put the pieces together, she began to worry.

“I just thought, something’s not right, let me take him back to the pediatrician,” Mona said.

The pediatrician did an exam, ordered an x-ray and ran some blood tests. The results were not comforting. He told Mona she needed to take Cash to Texas Children’s Hospital – now. Mona doesn’t remember his exact words, but she remembers hearing the word “cancer.”

“The only way I can explain the whole experience is that you shift to autopilot,” she said. “You’re not able to process anything, and you just do exactly what they are telling you to do.”

Cash had to start treatment immediately, and he was intubated that evening. After a few more tests, doctors confirmed the type of cancer that had invaded Cash’s little body – t-cell acute lymphoblastic leukemia.

Explaining cancer to a toddler 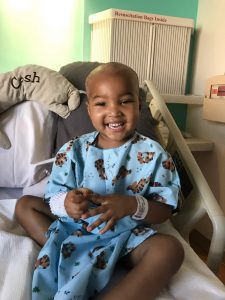 Cash in treatment for leukemia

Mona says Cash is happy and good-tempered - he is always very cooperative with doctors and nurses, even when he doesn’t quite understand what’s going on. But in the beginning especially, Cash had a lot of questions about what he was going through – mostly about when he had to get a poke and when he could and couldn’t eat. He has to take steroids as part of his treatment, which make him ravenously hungry. He gained weight so quickly during the initial round of steroids that his family took to affectionately calling him “butterball.” Mona said explaining cancer to Cash in an age-appropriate way has helped Cash cope and understand why his medicines are so important.

“It is a little bit of a relief that as a young child, he doesn’t really understand what cancer means, it doesn’t resonate with him,” Mona said. “I told him he has some sick bugs in his body, and the doctors are going to have to give him some medicine to get them out. That’s how he understands it.”

For more on explaining cancer to children, check out Taking to Your Child About Their Peer With Cancer

When Cash is feeling well, he’s playful, imaginative and snuggly. Mona says he’s learned to come up with stories in his head and play on his own, and he’s starting to play the guitar/drums and puts on concerts for his family. He loves superheroes (especially Black Panther), trains, trucks, planes and cars, and is getting into reptiles. Mona says when he’s at his best, he’s rambunctious and witty.

“He has really blossomed recently. He loves people. He’s full of energy and he’ll tell people his whole story,” she said. “I’ve seen a difference in his personality – how thoughtful he is and how aware he is of others. I tell you, these kids… The experience shapes and molds them into incredible people.”

On top of Cash’s treatments and being in the hospital countless days, so many little burdens have piled up for their family.

“There’s parking at the hospital, there’s ordering food all the time, there’s caring for our other children… when people asked us what they could do to help, it took me a while to even wrap my mind around all the things we needed,” Mona said.

She has some advice to offer to friends and family who may know someone who is fighting childhood cancer:

Give blood or platelets. “Unless you’re in it, you don’t realize how much giving blood is really helping kids like Cash, who need it all the time,” Mona said.

Help with parking. “Parking at the hospital is a huge hassle and expense, but fortunately one of my firm's clients (I’m an attorney) owns all the parking in the medical center, and he made sure we had a card so we always had somewhere to park without charge.”

For more tips, check out 5 Ways to Support a Family Facing Cancer or How to Be The Friend a Cancer Family Needs

The Power of a Story

Today, Cash is still in active treatment, and Mona says reading and hearing stories of other kids who have made it through has buoyed her spirits when she needed it. That’s why she decided to share Cash’s story – to bring awareness to childhood cancer and be a blessing to others who need stories of hope in their own difficult times.

“Look, this journey is so difficult, and there are so many people who shared their stories who provided hope and encouragement for us,” she said. “I think we really take having healthy children for granted. I have two other children, and I realize now how much I took for granted the little things that go right every day. I’m happy to use Cash’s story to bring awareness to the cause of childhood cancer so we can someday eradicate it, I want to use our voice to be able to do that.”

Donate to give better treatments to kids like Cash

Treatments for acute lymphoblastic leukemia have improved significantly in the past 20 years - but they still have a long way to go. Your donation will help researchers create treatments that are more effective, with fewer long-term side effects, for kids like Cash.

As a medical student, Kathrin Bernt, MD, initially thought she was going to be a surgeon. “I loved the idea that you have a patient who is re... 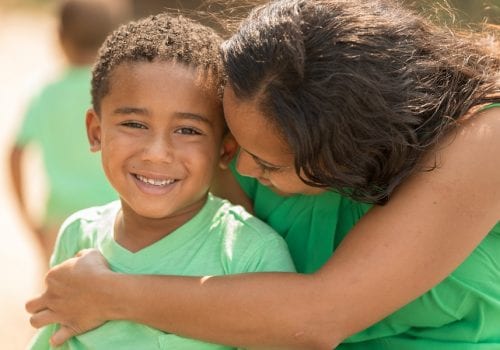 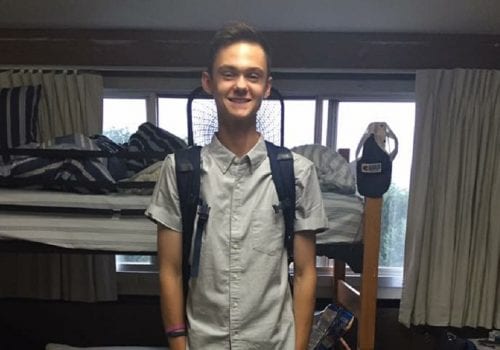