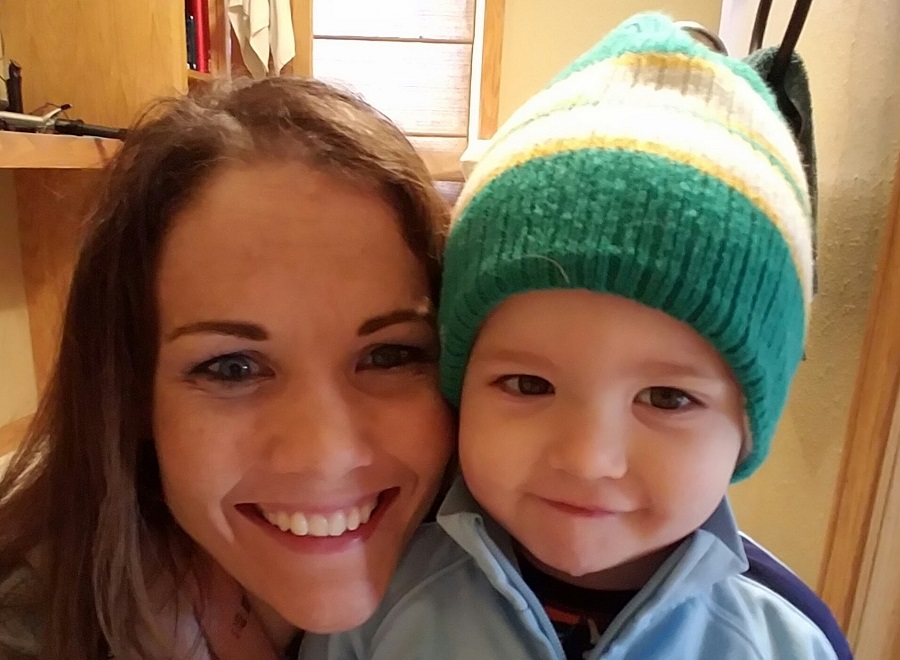 Tracy’s brother once said about her, “Don’t ever tell my sister she can’t do something, because she will always prove you wrong.” Proving people wrong has been the unifying thread of Tracy’s life, ever since she was diagnosed with leukemia nearly 25 years ago.

When Tracy was just 15, her energy was extremely low. When her doctor checked her iron levels, he decided to also run a test to check for leukemia, just in case. That afternoon, Tracy was diagnosed with acute lymphoblastic leukemia. 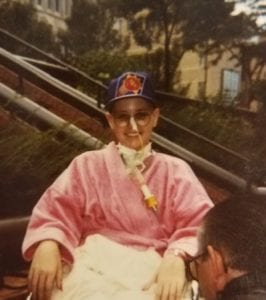 Tracy, 15, during treatment for leukemia.

“It was really hard at the time, because not many of my friends or classmates knew anything about leukemia,” Tracy said. “The thing that got me through was the incredible support from my friends. One friend in particular was at the hospital with me every day. She wanted to shave her head with me and do whatever she could to support me – that made a huge difference.”

The treatments for Tracy’s leukemia knocked her immune system down to nearly nothing, so a few months into treatment she came down with pneumonia, which turned into a more severe infection in her lungs. Without an immune system to fight the infection off, Tracy went into a coma, which lasted a full three weeks. Doctors told her family she had almost no chance of survival – this was the first time she overcame the odds.

After a terrifying three weeks, Tracy woke up. She’d been in a coma so long that she could no longer move or even breathe on her own, let alone speak. She remembers being frustrated because she wanted to communicate, move and figure out what happened to her, but couldn’t.

“Nobody could read lips, so I couldn’t really communicate anything,” Tracy said. “For a while, the muscles in my hands were so weak I couldn’t even push the buttons on the remote.”

During the grueling weeks of treatment and physical therapy that followed, Tracy remembers yearning to be able to move around again. The view from her hospital bed overlooked the stairs to the St. Paul Cathedral in St. Paul, Minnesota, where every day she would watch the same man run up and down the cathedral steps. Day after day, she’d watch him run up and down.

“I just remember thinking, ‘There’s nothing I wouldn’t give to be able to be outside running up and down those steps with that guy, even just for five minutes,’” Tracy said. “It was something I wanted so badly because I knew I couldn’t do it.”

While Tracy recovered, she took all her sophomore year classes at home and was finally able to rejoin her classmates halfway through her junior year. Teachers told her this setback would throw her off the advanced track she’d been on before diagnosis. But Tracy pushed back and took the advanced classes anyways, and ended up graduating in the top 20 percent of her class. Just like her brother said – nothing motivates her more than being told she can’t. 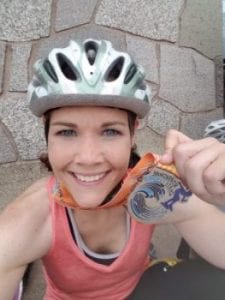 Tracy shows her medal after an inline skating race.

Twenty-five years after beating cancer, Tracy now stays active by running and inline skating. She has run 5ks and 10ks, and she and two friends skate in the Northshore Inline Marathon every year. Each race is a feat on its own: Tracy’s infection left lots of scarring in her lungs, meaning she essentially has the capacity of just one lung. When her runs start to get hard and she wants to give up, she reminds herself how, 25 years ago, she would have given the world to be doing what she’s doing now.

“That’s what I think about, every time I sign up for another race that I know is going to be hard,” Tracy said. “I keep thinking, ‘there was a time when you couldn’t do this, and didn’t know if you ever would,’ and that’s what gives me the perspective to keep going.”

It was during one of these races that Tracy first learned she would prove everyone wrong once again. Doctors told her it was very likely that she’d never be able to get pregnant because of her treatment – she’d accepted that fact and moved past it. But when she got sick four years ago during one of her 5k races, which was very unusual for her, she became a little suspicious. She went to her doctor - who told her she was almost through her first trimester of pregnancy.

Tracy’s son, now 3 years old, is a spunky kid with lots of personality. She says the thought of not having him puts the tough parts of parenting, and everything else, in perspective.

“It feels special to me, knowing that neither of us was supposed to be here, but we are,” she said.

Now when Tracy looks back on when she was 15, she thinks about what she would say to the kids who are going through what she went through. She feels a connection to anyone who has had cancer, and wants them to all be able to experience survivorship like she has.

“I want people to know that it can get better,” she said. “Even when you’re frustrated or it feels like you have no control. I didn’t want life to just happen to me - I wanted to decide what to do with my life and my new perspective. I’d tell survivors: just because you can’t do something now doesn’t mean you never will.”

Many childhood cancer survivors rely on survivorship clinics in order to make sure their cancer stays away and address the late-effects of their cancer treatment. Your donation supports the researchers who make these clinics possible for survivors like Tracy. 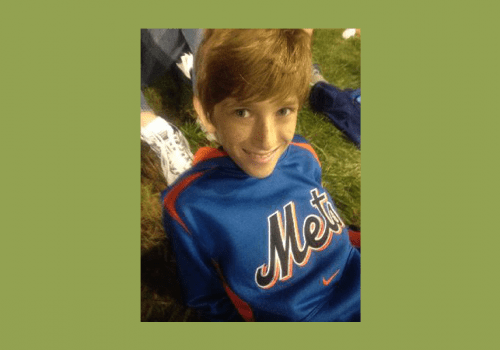 Justin’s Legacy Shines On Through Research

From going to the Little League World Series to heading to soccer practice, Justin Cowen had an insatiable love of sports. You’d often find h...