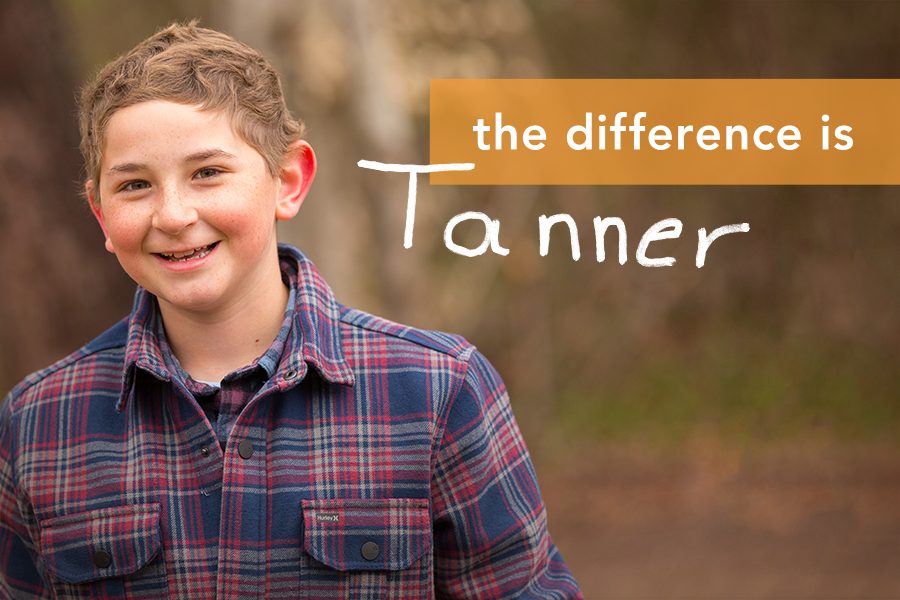 Wearing a hospital gown, Tanner picked “the cherry smell” to go with the anesthesia for his port removal surgery — a procedure his family hoped would be the last step in his osteosarcoma treatment. After almost a year of enduring some of the nastiest chemotherapies and a debilitating limb salvage surgery, 10-year-old Tanner is back to his favorite pastimes: hunting and being silly.

Tanner experienced highly toxic and invasive treatments which left him feeling exhausted and nauseous. Thanks supporters like you, research is underway to create better treatments for kids with osteosarcoma.

His dad, Shane, remembered the day that changed their lives forever: “We were all snuggled on the couch watching TV, nothing special, when God intervened. Holly noticed a small lump on Tan’s forearm… We decided that Tanner and I would skip the Super Bowl … and instead go … [to the] ER for an X-ray.”

Tanner had surgery to remove the mass. Ten days later, doctors told the family that the mass was osteosarcoma — a deadly bone cancer that affects hundreds of kids each year.

“As we drove home … we cried, thinking, ‘What’s next?’” said Shane. Doctors called to schedule a port installation surgery to implant a mechanism in Tanner’s chest to deliver chemotherapy, and his battle against osteosarcoma began. “Everything I learned about cancer [happened] in the next two days,” said Tanner.

After a few months of chemotherapy, the news worsened. Doctors didn’t think they’d removed all the cancer, which meant it was still in his body. They decided the next course of action would be to perform an innovative limb salvage surgery to remove the cancer completely. This 12-hour surgery replaced the diseased arm bone with a reconstructed, fully functional limb using Tanner’s leg bone.

“Seeing him lying on the stretcher was hard. He just looked so different to me,” said Holly. “Being that his surgery was so long, he had a blown up, swollen look. That was a little frightening.”

Shane said nothing prepared them for coming home from the hospital after Tanner’s surgery. With his limited mobility, their family had to make some adjustments. “We couldn’t get him in the shower, and he had to sleep on a blow-up mattress in the living room. It was tough watching him be in a wheelchair,” said Shane.

Tanner finished five more cycles of chemotherapy and kept up with schoolwork while he healed from the highly invasive surgery.

He said everything about the journey was hard, but getting mouth sores as a side effect from the treatment was especially bad, making it difficult to eat and drink.

Now out of treatment, Tanner is back at school and going through physical therapy to regain his strength. Every three months, he’ll return to the hospital for scans to make sure the cancer hasn’t returned. So far, the scans have shown no evidence of disease.

“We feel good about where we are, but the war is not over,” said Shane. “We will continue to fight until no child loses their battle with cancer. We will continue to battle for more funding and better research, raise awareness, and spread love so that no family fights alone and cancer is gone forever.”

Supporters like you help researchers investigate the genetics behind osteosarcoma and how to make chemotherapy effective for kids with spreading bone cancer. You can keep lifesaving research like this moving forward so more kids can have better outcomes. 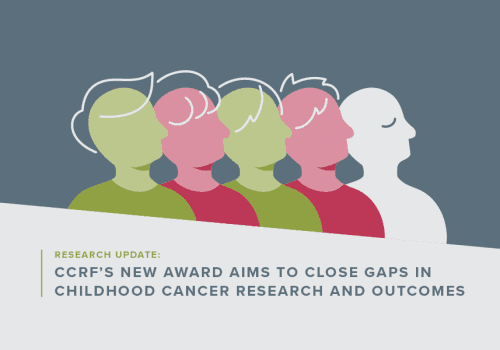 Through a new partnership with the Diversity and Health Disparities Committee of the Children’s Oncology Group (COG), Children’s Cancer... 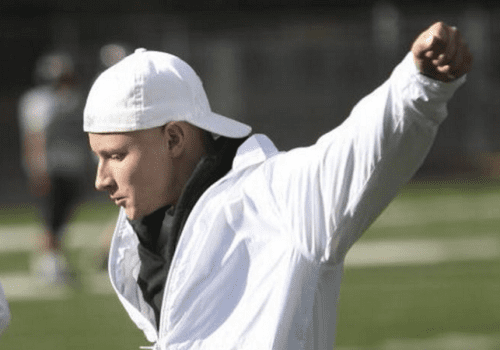 When Nick was in high school, soccer was everything. So when he started feeling a bad pain in his calf after a game, he assumed it was a normal...