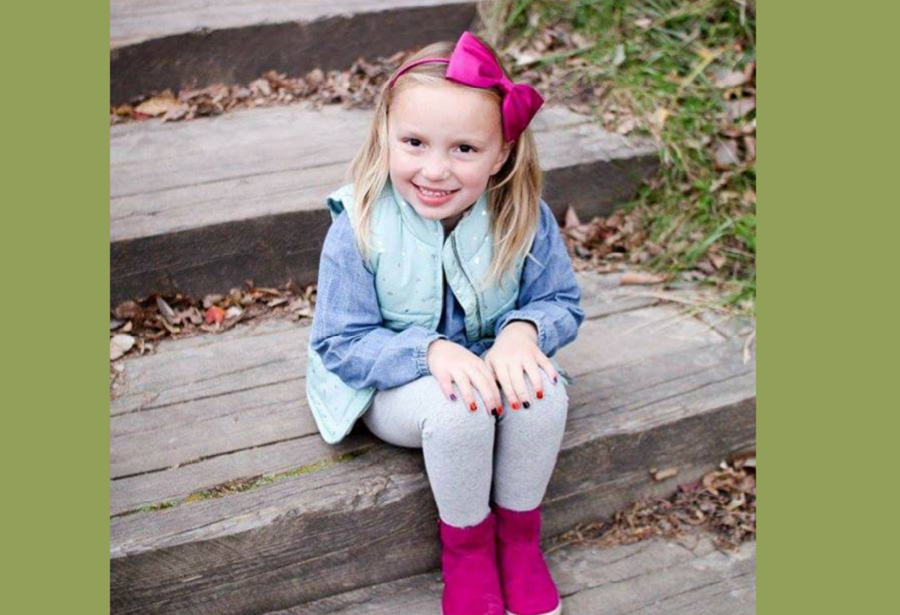 Kellie will never forget how it felt to hear that her 23 month old daughter, Nora, had cancer. Each new detail opened up a whole new world of scary possibilities: her cancer was classified as high-risk stage 4 neuroblastoma. It had spread to four different parts of her body. A certain type of genetic mutation would make Nora’s cancer particularly hard to treat. Even through reassurances that doctors were determined to cure Nora, Kellie was overwhelmed by the information.

“I remember how scared I was, even hearing the word ‘cure,’ because that word makes it feel like she’s dying,” Kellie said.

Every new piece of information was terrifying, and Kellie didn’t want to hear anything else in that moment. But her husband, Trent, insisted to know Nora’s odds of survival. When doctors told them it was around 50/50, Kellie’s heart sank, but Trent remained confident.

“He said, ‘Ok. I needed to know that, because I need to add 25 percent to that just because of who she is,” Kellie said.

That was the beginning of a long fight for Nora, a spunky 2 year old whose strong personality showed all throughout her treatment. Kellie and Trent like to say she puts the “No” in Nora, and nurses always liked visiting her because of her feisty nature. She has the spirit of a fighter, and people took notice.

“I ran into one of her nurses a few weeks ago, and she told me ‘We all new she’d make it,’” Kellie said. “There’s just something about her.”

Nora endured six rounds of chemotherapy, 21 rounds of radiation and a bone marrow transplant, as well as countless shots, infections and medicines. Kellie lost count, but thinks they spent more than 140 nights in the hospital. In July 2014, Nora finally finished treatment and on January 15, 2014 she was declared No Evidence of Disease (NED).

Though a huge victory, Kellie says she hadn’t really been able to see that day as the finish line. Cancers like Nora’s often come back, meaning Nora wouldn’t be officially out of the woods for another five years – when a child has been NED for five years, doctors are as sure as they can be that the cancer will never return. On January 15, 2019, Nora finally hit that milestone - she’s now 7 years old and five years cancer-free.

“On diagnosis day, I knew I wouldn’t be able to breathe until after that five-year mark,” Kellie said. “Those first few years it felt like we were gripping the wheel with both hands, just wondering and waiting and hoping we could reach that day.”

To celebrate, Nora and family are taking a Disney cruise. They are also looking into other ways to give back, and to make sure other families’ roads through childhood cancer are easier than theirs was. Nora benefited from a clinical trial which tested a drug that prevents her cancer from coming back, something that wasn’t available years ago. These steps forward show Kellie just how much research can have real-world benefits for kids right now.

“If this had happened to Nora 10 or even just five years ago, Nora’s survival rate would have been closer to 15-20 percent,” Kellie said. “We know the difference it made for Nora, and we want to learn more about what people are doing to find a cure.”

Today, Nora is thriving in second grade. She has great friends at school and she says she wants to be a doctor for animals when she grows up. Nora doesn’t remember a lot about her cancer experience, and her parents have decided to simply answer questions if she asks. But now they’re looking into the future with a new sense of understanding and empathy, always remembering those who they met during the hardest times.

“I didn’t feel like I could tell our story for a long time, because I didn’t know what was at the end,” Kellie said. “But the last couple of years have given us clarity and pride in who we are and how we got here. We can really tell our story confidently now because it has a happy ending.”

The drug that kept Nora's cancer at bay wasn't around just a few years ago, but a clinical trial made it possible for her. Your generosity will fund groundbreaking research that makes better treatments possible for kids like Nora. 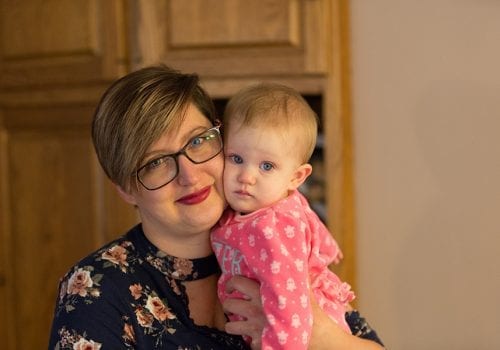 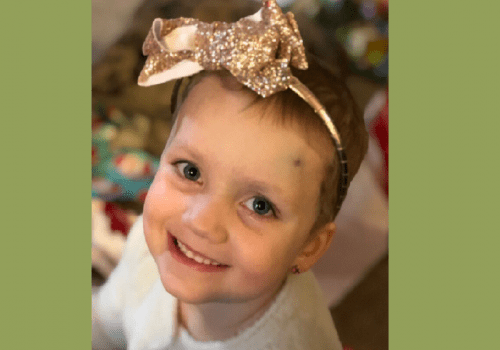 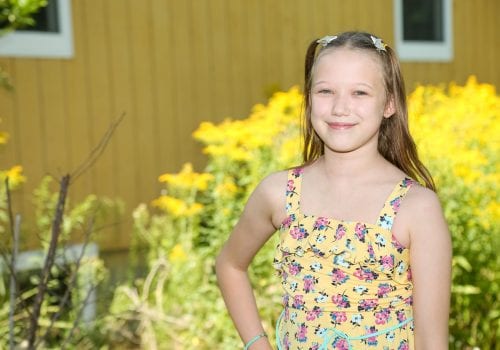