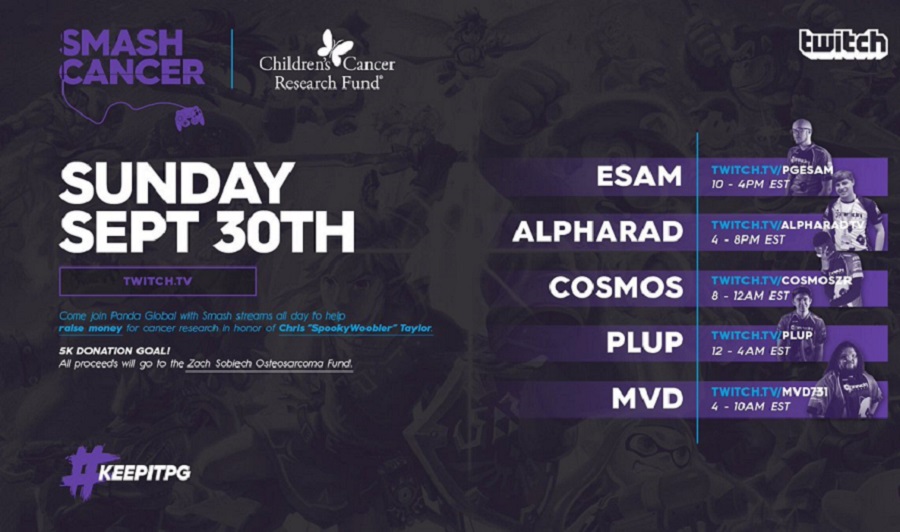 If you think a group of passionate video gamers wouldn’t have an interest childhood cancer research, you would be wrong.

A group of gamers from Panda Global, a fast-growing esports brand, held a unique fundraiser for Children’s Cancer Research Fund – they live-streamed themselves playing video games for 24 hours straight and asked fans and Twitter followers to sponsor their effort. In just one day, this group of passionate gamers raised $15,000 for the Zach Sobiech Osteosarcoma Fund.

The Panda Global streamers were inspired to fundraise in honor of a fellow video gamer Chris Taylor, who passed away from osteosarcoma in September 2018.  Chris, who went by the screen name SpookyWoobler, loved playing video games, particularly during the harder parts of his treatment when he was too tired to do much else. His story went viral when Nintendo made special arrangements to let him play an unreleased new version of his favorite video game, Smash Ultimate, just days before he passed away at age 21. In honor of Chris’s favorite game, the gamers named their fundraiser “Smash Cancer.”

To keep their 24-hour stream going, the gamers took shifts so other team members could get some sleep. Streamers that didn’t know Chris were so moved by his story, they jumped at the chance to make a difference in his name. They were certainly optimistic, but they never imagined the kind of support they’d get from their tight-knit gaming community. They even received a thank-you video from Laura Sobiech, Zach's mom, to thank them for raising money for her son's fund. CCRF asked these gamers a few questions about their fundraiser and what it means to them to advocate for a cause they believe in. 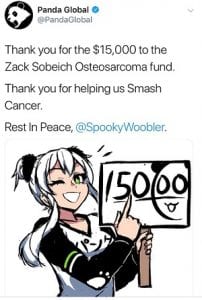 What made you want to be involved in this fundraiser?

“My job is pretty homogenous most days, so fundraising can really get me focused. I didn’t know Chris Taylor, but gamers are a family. Something that impacts one of us impacts the group. Watching people younger than me lose their chance to see the world makes me want to do more.” – Brandon “Juicediem” Nance

Your team raised $15,000 in just 24 hours. Did you ever imagine you could have this much of an impact?

“After completing my part, I went to bed and honestly cried at the sheer impact we had in a 24-hour period. It was amazing. Even though there is nothing we could be able to do to bring Chris back, it was so fulfilling to be able to do what we did as a unit.” – Jestise “MVD” Negron

Were you surprised at the support you got from the gaming community on this fundraiser?

“I’m always so happy that people are willing to give to a cause like this because I never expect anyone to donate anything, nobody has to, yet they do out of the kindness of their heart. It was amazing that something good could happen from the travesty that is cancer.”  - Eric “ESAM” Lew

What would you say to other people who want to make a difference for kids fighting cancer in this way?

Start Your Own Unique Fundraiser

Do you have an exciting idea for a fundraiser? Find the tools you need to get started on our Fundraise Your Way page. No idea is too big or small to make a lasting difference in the life of a child with cancer. 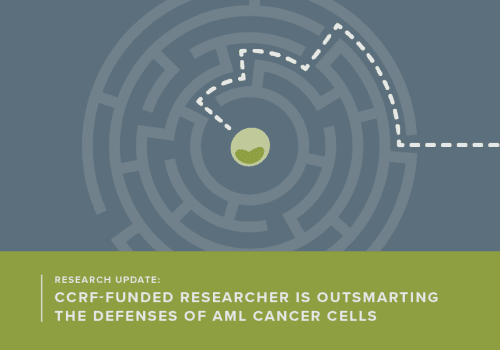 CCRF-funded researcher is outsmarting the defenses of AML cancer cells 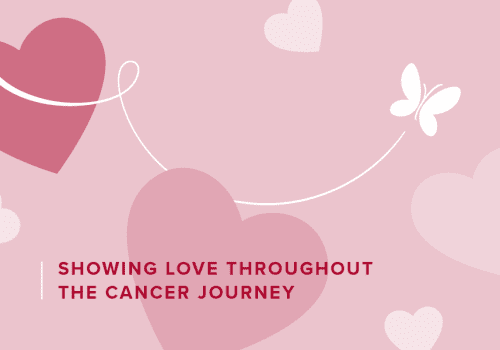 Showing love throughout the cancer journey

When a child is diagnosed with cancer, the whole family faces challenges they never knew existed – but they also find love and strength they ...