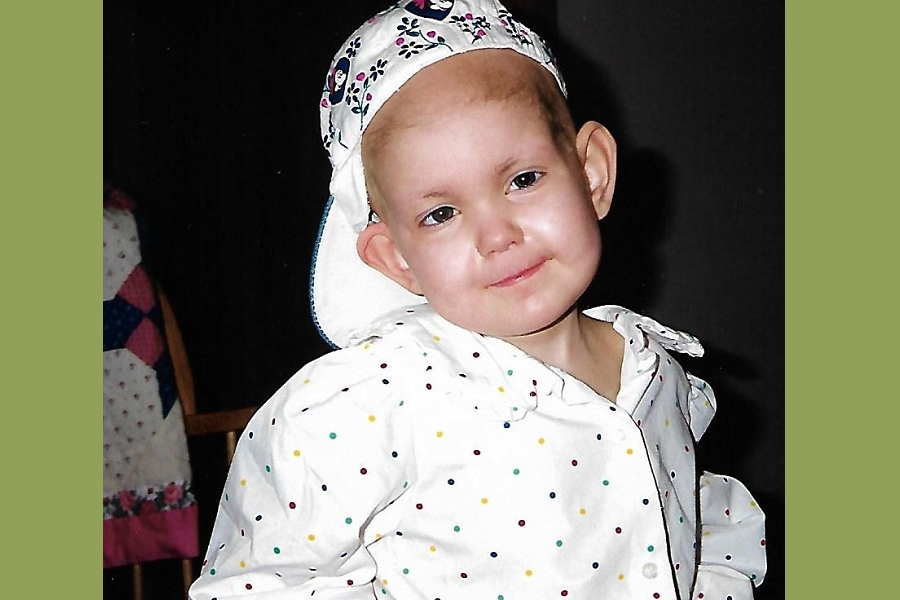 In 1998, Cheryl brought her daughter, Catherine, in to the doctor’s office for what felt like the hundredth time. A little over a year earlier, Catherine was diagnosed with acute lymphoblastic leukemia. At just age 3, she had already been through numerous appointments and procedures to try to fight the disease. This time, though, the cancer was back, now attacking her optic nerve and making her blind in one eye. This was very bad news – Catherine’s odds were not looking good.

“We were told to go home and call hospice,” Cheryl said.

As Catherine’s doctor left the room, one of the younger doctors, then just a fellow, hung back and said the simple words that ultimately changed Catherine’s story forever.

Heartened by these words, Cheryl decided she wasn’t done looking for a better treatment for her daughter. She soon heard about a handful of other families from her area in Rhode Island whose children were having success receiving bone marrow transplants in Minnesota from Dr. John Wagner. Catherine had already had one bone marrow transplant that failed, but Cheryl was determined that Dr. Wagner would have the answer she was looking for. The whole family packed up and headed to Minnesota for what felt like a shot in the dark.

Soon after arriving, Cheryl felt a definite difference. She learned from doctors and nurses about the new research and treatment developments for leukemia and was amazed at the options that were now available.

“We spent a whole day at home hearing all the bad, and when we got to Dr. Wagner’s office, we were hearing all the good,” Cheryl said. “I remember one of the nurses saying to me, ‘We don’t talk about bad here.’”

Catherine received her second BMT the day after Valentine’s Day in 1999 – and it worked. Dr. Wagner explained that Catherine’s first BMT didn’t necessarily fail, it likely set up the next one for success. After a long recovery, she was declared cancer-free, and she’ll celebrate the 20th anniversary of her second BMT this year. Today, Catherine volunteers at the hospital where she was treated, caring for kids going through cancer treatments. On February 19, she’ll be 25 years old.

As soon as Catherine was out of the woods, Cheryl started looking for ways to give back. She discovered Children’s Cancer Research Fund and the funding CCRF provides for researchers like Dr. Wager, and made a commitment to pay it forward.

“That became my mantra after Catherine was well,” Cheryl said. “People have to have done studies for us to make it this far, so we have to come back and do studies and donate to research for the next family.”

Cheryl has been donating to Children’s Cancer Research fund for over 20 years now. She keeps up with the research developments as they come out and says she’s amazed at how far medicine has come in a relatively short amount of time.

“We love seeing how much things really have changed,” Cheryl said. “There’s new research that’s coming out all the time about new targeted treatments – we didn’t have anything like that. To think that they’re worried about side effects now, rather than just if my child can make it or not, is so encouraging. We thank God that somebody started it.”

Cheryl was also excited to hear that CCRF is investing in emerging scientists – young researchers who have big ideas, but need extra funding and support early in their careers. This reminds her of the young doctor who spoke those words of encouragement to her nearly 20 years ago. When planning a 5-year-anniversary party for the date Catherine was declared cancer-free, Cheryl tracked down the young doctor and invited him to celebrate with them.

“I wanted him to understand how powerful his words were, because if he hadn’t said that, Catherine might not be here today,” Cheryl said. “We want to be what he was for us, the light at the end of someone else’s tunnel. We want to tell people there’s always hope somewhere.”

Cancer research has come a long way since Catherine was diagnosed 20 years ago. With your help, it can go even further for children diagnosed today. Your donation will fund groundbreaking research that creates better, safer treatments for kids fighting cancer. 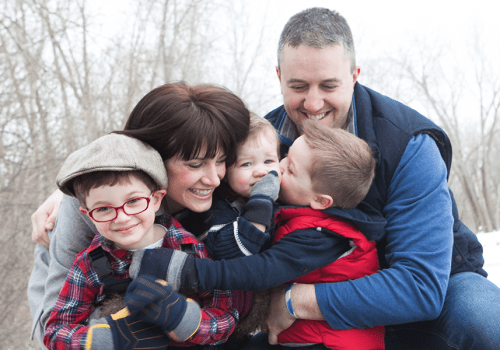 Two moms, Mindy Dykes and Laura Sobiech, both with sons affected by childhood cancer, offer up some words that lifted them up during their expe...

Imagine facing the devastating diagnosis that your child has a rare condition that is fatal if left untreated….twice. Parents Julie and Brand...