Any child diagnosed with cancer has the battle for their life ahead of them. However, what if you lived in a third world country and didn’t know you had the disease? Rosie Jones has such a story, but thanks to the research and doctors supported by Children’s Cancer Research Fund, it has a happy ending.

Rosie’s parents, Albert and Koliju knew something was wrong with their young daughter in 2004. “Her abdomen was getting large and very firm on the right side,” recalls Albert. “and she complained of increasing pain.”

At that time, the family lived in the West African country of Liberia. “Our country was in civil unrest and medical services were not available,” says Albert. “We were just living with it until we had the opportunity to come to America.”

Luckily, through an immigration lottery, the family came to America in June, 2004 and moved to Minnesota. After having Rosie examined at a local medical center, the Jones family was referred to University of Minnesota Children’s Hospital. On June 30, 2004, when Rosie was just under 2 years-old, the family received the frightening news: Rosie had cancer.

“When we heard the diagnosis,” recalls Albert, “we were very depressed and out of words.”

An advanced case gets aggressive treatment

Rosie was diagnosed with Stage 4 Wilms tumor on her right kidney, having spread to her lungs, liver and blood vessels around the kidney. Only 10 percent of patients with Wilms tumor are diagnosed at stage 4, so an aggressive treatment plan was necessary. Under the care of Brenda Weigel, M.D., Rose received her treatment over the next 16 months, which included chemotherapy, radiation and surgery to remove the tumor.

Rosie and her mother stayed in Minneapolis during the treatments. Albert and brother Edmond stayed six hours away in Thief River Falls where they both went to school, but they made regular visits to Minneapolis. “This was the worst part of the experience — staying separated,” says Albert. “The illness kept her away (most of the time) from her brother, who was her only friend at the time. She also missed watching movies with him.”

A comforting blanket and a CCRF Care Partner

Two things that helped comfort Rosie while being separated from family members during this time were her Dora the Explorer blanket and her Care Partner, Karen Rodning, who typically works with international patients. Care Partners is a quality-of-life program funded by Children’s Cancer Research Fund that provides non-medical services to pediatric cancer patients and their families at the University of Minnesota Children’s Hospital. “Karen is just wonderful,” says Albert. “She was more like family than a Care Partner to us.”

Rosie finished treatment in October, 2005. Regardless of the challenges she faced during her 16-month battle, her family remained strong and hopeful. “There is always hope, even when there seems to be none,” says Albert. “We never knew we were going to come to the USA, but we had hoped that a cure was possible.”

Today Rosie is a healthy, happy 8-year-old who excels in school and charms everyone she meets. Albert and Koliju are very proud of her progress.

Albert credits Rosie’s recovery to everyone involved in her care — from Dr Weigel and the entire medical staff to the social workers, occupational and physical therapists and lab technicians. “The treatments were just blessings,” he says. “All of those that cared for Rosie were great.” 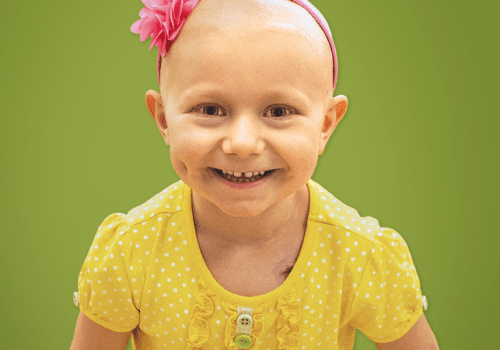 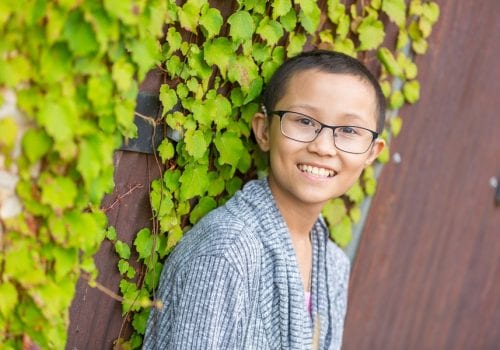