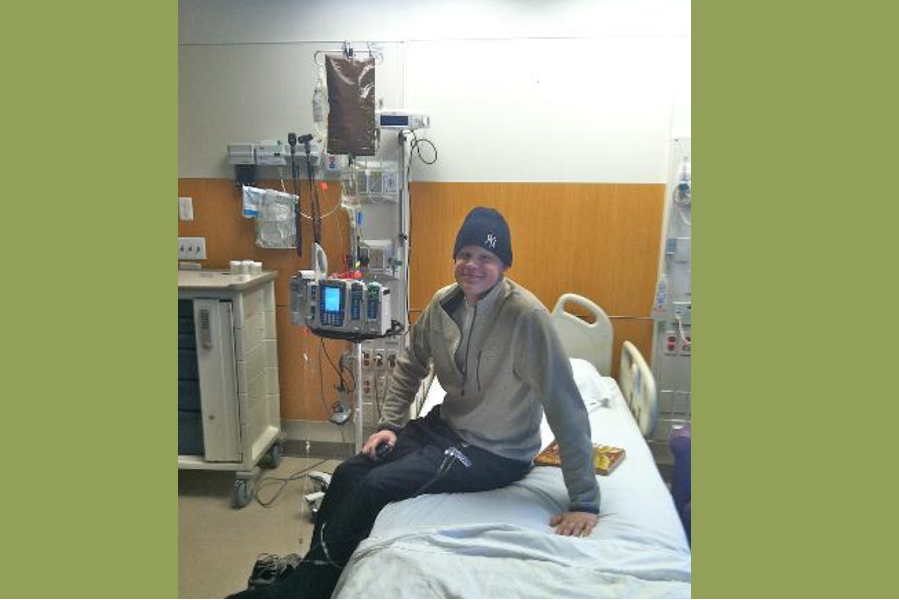 When Patrick started getting frequent nosebleeds the summer before senior year, he figured they were just from allergies. But when the nosebleeds threatened to interfere with his last season of high school football, he scheduled a simple surgery to get the nosebleeds taken care of. But after his surgery with an ear, nose and throat specialist, he was told it wasn’t that simple.

“I knew it was not good when I woke up,” Patrick said. “My mom was on edge, and the surgery took longer than it was supposed to. The doctor knew it was a tumor as soon as he saw it.”

The tumor was osteosarcoma – and it wasn’t the first time Patrick had been diagnosed with cancer. He and his sister, Shannon, both had retinoblastoma, an eye cancer, as infants. Osteosarcoma is a type of bone cancer usually found at the ends of bones that are growing quickly, like arms or legs. Because the location of the tumor was so unusual, doctors thought it may have been a secondary cancer caused by the radiation Patrick received to fight retinoblastoma as a baby.

Doctors were able to take the tumor out during that initial surgery, but Patrick still had months of chemotherapy ahead of him to ensure the cancer wasn’t still growing. This put a significant dent in the image he had created of his senior year.

“I was just mad I wasn’t going to be able to play football,” Patrick said. “That sounds silly to say now, but that’s what I was thinking about at the time. When I got a little further into treatment I started to realize that this had a little more magnitude to it than that.”

Patrick made it his mission to continue being a normal high school student, even though treatment wasn’t easy. He remembers chemo treatments taking away his energy – just walking from his school to the football field was strenuous, and he had to sit down and take a break halfway there. Hitting golf balls for 20 minutes would leave him feeling like he’d just run a marathon. For Patrick, cancer became even more real when he started losing his hair.

“Before then, it didn’t really sink in – I would get knocked down by chemo for a few days and then I’d feel better, but when my hair started falling out, it really hit me,” Patrick said. “That’s when I really felt like I was sick.”

Patrick also thought about how difficult it must have been for his parents to watch him go through cancer for a second time. He doesn’t remember his first cancer experience – he was just 6 weeks old after all, and until his second diagnosis, he hadn’t experienced any late-effects from his earlier treatment. But he sensed his parents’ fear as the thing that always lurked in the back of their minds became a reality.

“I think the helplessness of it was scary for them, because there wasn’t a lot they could do,” Patrick said. “I think they took a lot on for me, emotionally, that I didn’t realize at the time. They had this scare once already, and they must have thought about it happening again.”

Through it all, Patrick made it his mission to keep being a regular teenager. He went to school when he could, and he tried to hit golf balls or ride a stationary bike to stay active. His friends playfully teased him about being bald and kept him updated about what was going on at school. They even came with him to many of his treatments. Patrick remembers how willing they were to support him – and miss class to do so.

“I remember we’d just tell teachers that the doctor’s appointment went long, because what were they going to do to us?” Patrick laughed. “But to be serious, I really appreciated the friends who didn’t walk on eggshells around me and instead acted like nothing was different. It made me feel like things hadn’t really changed. We were just hanging out like usual, except we just happened to be in a children’s hospital rather than in someone’s basement.”

Patrick finished treatment in 2012 and has been cancer-free ever since. He feels lucky that he hasn’t experienced any late-effects of treatment and says nobody would know he had cancer unless he told them. He recently started a new job at an accounting firm in Chicago, and he’s been glad to put cancer behind him. But he does have a few words of advice to offer to kids being diagnosed today.

“Don’t let cancer control more than it has to control,” he said. “It will seem really difficult at times, but try to keep the important things in your life that were there before cancer. For me, my sense of humor helped me see moments of brightness. Just make sure you’re still being you.”

The next breakthrough in cancer research is possible, but not without your help. Your donation will fund groundbreaking research that creates better, safer treatments for kids fighting cancer. 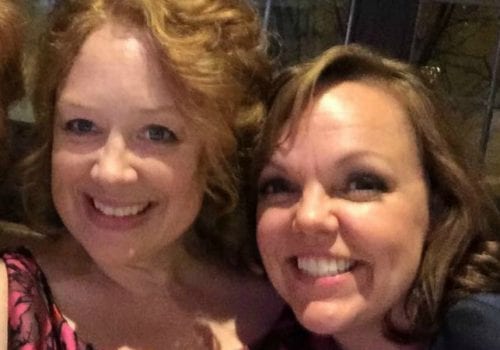 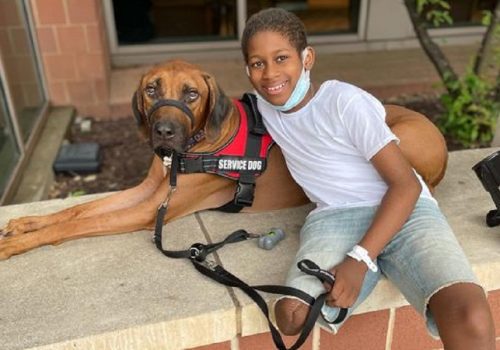 Ke'yair with his dog, Dexter... 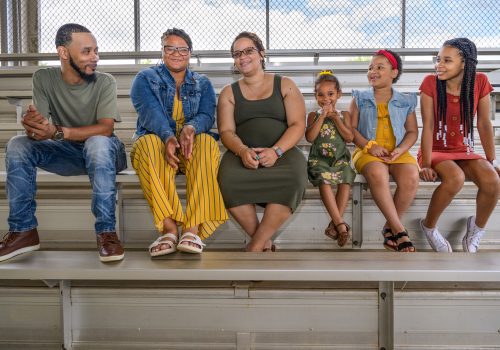 Childhood cancer leaves a lasting impact on children and families. Even after treatment ends, long-term effects of cancer treatment may pose ch...