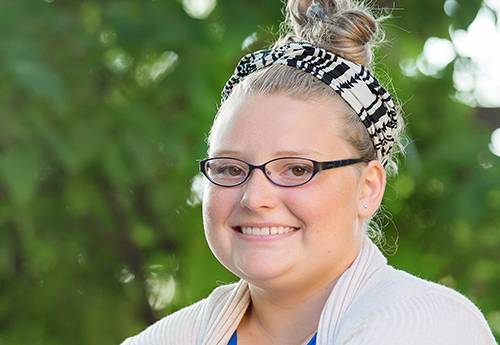 Mikaela Gerick started ninth grade like many students—easing into a new school and meeting new friends. But unlike her classmates, Mikaela would spend the next three years battling cancer. From the moment of her diagnosis, Mikaela’s care team found that her health and responses to treatment were unpredictable. “She was always the exception to the rule,” recalls her mom Kate. “If the doctors expected one thing, her body would do the opposite.” It’s fitting, then, that Mikaela’s treatment journey would take her to a clinical trial that led to unprecedented results.

In September 2012 Mikaela came home from school looking pale and feeling lethargic. It was a big change from her normally witty and bright demeanor. An unusually high temperature led her mom to take Mikaela to the local urgent care center, and then to the emergency room. While waiting for test results Kate knew something wasn’t right. “Something big is going on,” she remembers thinking. “I need to be ready for my daughter.”

Children’s Hospital in Minneapolis confirmed that Mikaela had acute myeloid leukemia. After hearing the devastating news, Kate comforted Mikaela by telling her she could ask for anything. “Mikaela’s first response was ice cream. I told her she could go bigger,” Kate recalls, smiling. Mikaela called her dad and told him, “The bad news is I have cancer. The good news is Mom says I can have a dog!”

Mikaela’s first treatment was rough. She was admitted to the intensive care unit where her heart stopped, and she suffered multiple organ failures. “In those moments of crisis—which happened throughout Mikaela’s treatment—the doctors were so compassionate,” says Kate. “That made a huge difference for us.”

After completing her treatment, Mikaela welcomed Maggie, an English cream golden retriever, into the family.

Then, in the summer of 2014, nearly two years after her initial diagnosis, treatment and months of remission, Mikaela came home from camp with a rash on her face and legs. Not knowing if the rash was from a plant, a bug or something else, the family visited the doctor. After attempting to treat the rash with no success, doctors conducted blood tests that confirmed Mikaela had relapsed.

A blood or marrow transplant was the only solution. Mikaela’s family chose the University of Minnesota Masonic Children’s Hospital for its renowned pediatric oncology care and the cord blood expansion research work of Dr. John Wagner.

Initially, Kate had mixed feelings. A clinical trial drug may have contributed to Mikaela’s heart stopping, and the family was understandably nervous. Michael Verneris, MD, pediatric hematologist oncologist at the Masonic Children’s Hospital, talked them through various options, and Kate studied the literature on cord blood expansion. “A big part of me felt like we had to take a leap of faith that the doctors were going to do what was best for Mikaela.” At 16 years old, Mikaela became the 19th patient in the first in-human clinical trial for Dr. Wagner’s cord blood expansion protocol.

After the transplant and cord blood expansion, Mikaela engrafted on day seven—nearly 20 days sooner than she would have without the cord blood expansion protocol. Kate saw firsthand how Mikaela’s post-transplant risk of infection was significantly reduced compared to the complications of children who did not participate in the trial. “The statistics for kids who are going through transplants are pretty devastating,” she noted. “This research is just so incredible because it shortens the window of infection risk, which can be life threatening for these kids.” Not only did Mikaela recover quickly and without complications, she was ready to go home after only 27 days. (The average recovery time is 46 days.)

“Mikaela is alive today because we are standing on the shoulders of people who went before us, who were willing to participate in research trials,” says Kate, noting that she feels a need to help kids who will be diagnosed with cancer in the years ahead.

Mikaela, now 17, is a senior in high school. After surviving cancer, especially with Maggie by her side, she works toward the future. “Don’t dwell on the negatives. Make the best of the situation,” she says. “Stuff will suck sometimes, but you have to move on.” Mikaela’s next journey? College, where she plans to study medicine. 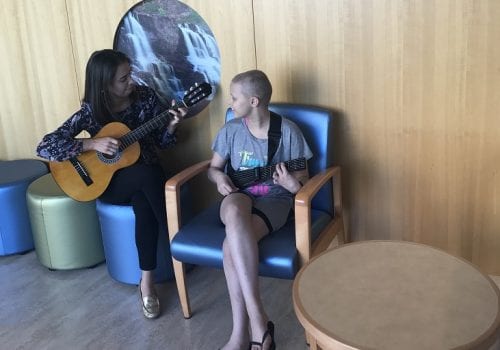 When McKhia had to stay in the hospital after her bone marrow transplant (BMT) to treat her cancer, her days got long. Hospital rooms can be bo... 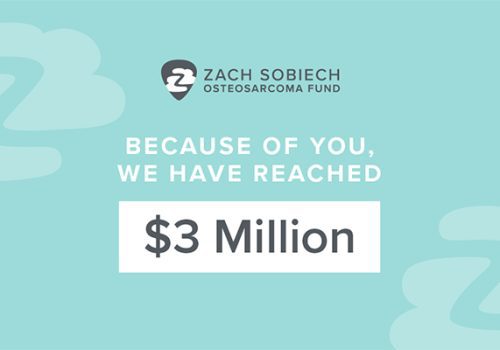 “I want to be remembered as the kid who went down fighting and didn’t really lose.” Zach Sobiech  The Zach Sobiech Osteosarcoma Fund, wh...