“I really didn’t understand my diagnosis; I was very hungry and just wanted a doughnut to eat,” recalls 11-year-old Mathew Odette about the day he learned he had Burkitt’s lymphoma, a cancer that grows in the lymphatic system. “I was also totally excited that I would get to ride in an ambulance.”

This refreshing and pragmatic reaction is indicative of how Mathew has handled his often harrowing journey with childhood cancer. Now on the cusp of his fifth anniversary of diagnosis, a milestone that recognizes him as a “survivor” of childhood cancer, Mathew, along with his family, is now redefining what “survivorship” means to him and to them.

Without question, cancer treatments take their toll at the time they are administered. This was certainly the case for Mathew, who underwent chemotherapy, full body radiation, surgery, and a stem cell transplant—conducted at the University of Minnesota Children’s Hospital, Fairview—which caused him to be in isolation for more than 60 days, despite the fact that the length of stay for this phase of the transplant recovery is typically one to two weeks.

During his extended time in the hospital, Mathew, true to form, made the best of it. Although he was supposed to stay in his room, he got a rules override due to his abundant energy. A magic kit provided him tricks aplenty to perform for his nurses when he was not beating them at chess or racing around on a bike. “You can’t say, ‘Oh, poor me. Poor me, I have cancer.’ If I wouldn’t have made it, I still would have had a great time in the hospital.”

What still remains unknown is the degree to which the protocols used in treating Mathew’s disease may affect his future well-being. Going forward, Mathew will be undergoing checkups at the Long-Term Follow-Up Clinic at the University of Minnesota to help his family address future medical, neurocognitive, emotional and social needs. Doctors and his family will be monitoring Mathew’s growth, bone density, signs of a hypo-thyroid, glucose levels and sun exposure.

Even with the doctors’ occasional involvement, Mathew’s mom Jenifer reports some difficulty in reading all the signs. “I don’t know what a normal growing pain is and what is a result of his treatment. I do not feel equipped to know what to look for.” Thus, the family knows they will have to take ownership and educate themselves on the late effects of childhood cancer in order to be informed advocates for Mathew’s health.

To meet the next phase of survivorship, the Odettes, including Mathew’s father Tom and brother, Michael, are once again taking Mathew’s lead and assuming his signature positive attitude. Mathew has even added a euphemism to the childhood cancer lexicon—“thriver.”

“I am not a cancer survivor. I am more than that; I’m a thriver,” says Mathew.

Thrivers like Mathew meet each challenge and go beyond it, reaching back to help those who have not come as far.

His mom Jenifer recalls a feeling of helplessness when Mathew was released. “We were happy that Mathew’s health was responding favorably but also felt badly for those whose children were not getting better. We were helped and humbled many times on our journey. Now we want to be able to give back a piece of what we received along the way.”

The Odettes are finding many ways to help children and their families with cancer. They participated in the KS95 for Kids Radiothon, a fundraiser for Children’s Cancer Research Fund, by sharing Mathew’s story, and Mathew will be this year’s Twin City Polo Classic child ambassador. Most importantly, his parents invite him to participate in research studies on childhood cancer. “When I ask him if he wants to participate, he always asks me if it will help other kids. When I tell him, ‘Yes,’ he is totally on board,” says Jenifer. 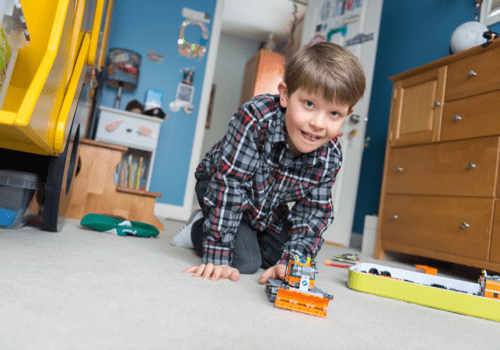 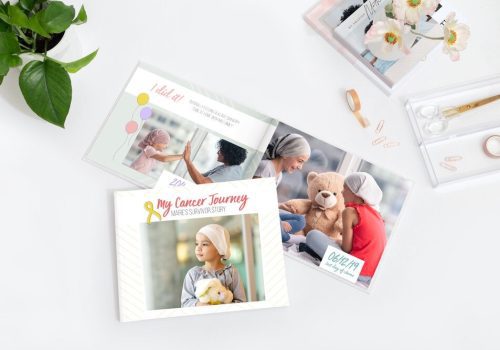 When a child is diagnosed with cancer, treatment usually lasts months, even years. Childhood cancer families are so focused on getting through ... 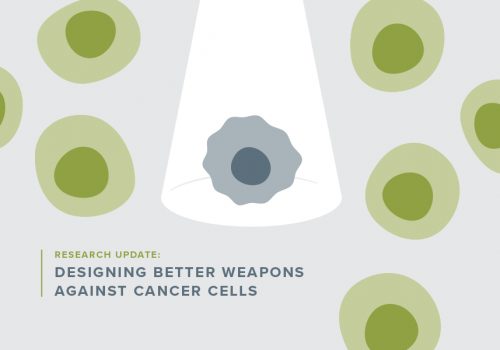 Jae-Woong Chang, PhD, initially had his eye on medical school. But then his high school teacher pointed out: “Doctors can cure about only...