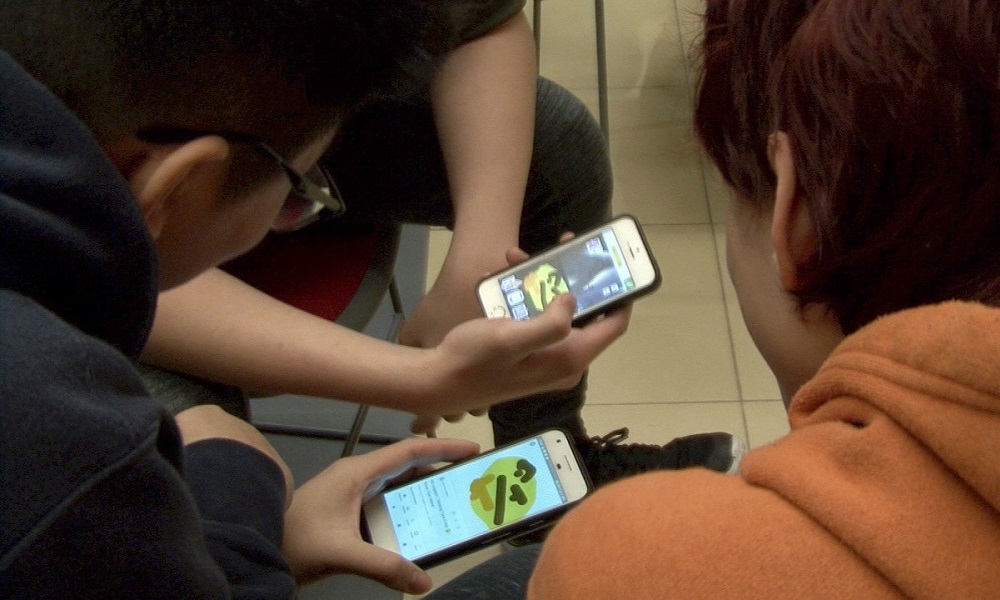 As Sheri Sobrato Brisson led one of her many support groups for kids and teens with chronic health issues, she thought back to how she felt when she was a young adult recovering from treatment for brain cancer. She felt misunderstood by those closest to her, especially her peers. She remembers being out of touch with how she was feeling at the time, and when she was aware, she had no idea how to express these emotions to get the help she needed or to help others understand.

Sheri, who now holds an MA in Counseling Psychology, recognized these same needs in the teens in support groups she facilitated. She understands just how difficult it is for teens to express their tangle of emotions to the people around them, even when they have a strong support system.

“These kids see everyone around them taking care of them physically, and sometimes they don’t want to feel like more of a burden,” Sheri says. “This sometimes keeps them from expressing their own emotions about their situations.”

Helping teens understand and express their feelings about being sick is the goal of Shadow’s Edge, a digital game made specifically for teens who are undergoing cancer treatment or facing other chronic health conditions. The quest of the game, which Sheri and game producer Rosy Lokhorst co-created with the teens dealing with many types of health challenges, is simple – to bring the storm-ravaged city, which represents the patient’s emotional state, back to life through self-expression.

Sheri has been leading support groups for kids facing cancer for years. She co-authored a book called “Digging Deep: a Journal for Young People Facing Health Challenge”, in order to help young people move through their emotional journey with illness. The one thing she’s recognized over and over is that young people want to express their emotions, but they just don’t have the right outlet and methods to do so. With Shadow’s Edge, Sheri wanted to put the tools needed for emotional resilience and self-expression into the teens’ own hands by meeting teens where they are—on their phones, playing games.

“The great thing about Shadow’s Edge is that teens can take their phones out of their pocket and play our game whenever they need to get something off their chest or a dose of emotional support,” Sheri said. “They don’t have to wait for the next therapy session or the next support group meeting. My goal is for Shadow’s Edge to be the first digital therapeutic that is a mobile game. If we can give these teens small doses of emotional processing before the point of crisis, it not only teaches them to manage their feeling better, but also does so before their emotional state gets too difficult to unwind.”

Sheri noticed that much of the rhetoric around childhood cancer focuses on “battling” or “defeating” their disease – and she didn’t feel like that was always helpful. Even kids with the best possible outcomes often face an uphill emotional journey to reach a place of peace and acceptance for the turns their lives have taken. Shadow’s Edge players create graffiti to infuse beauty into an otherwise barren city and collect and respond to lost pages of a journal. Teens can see the emotional progress they are making in very tangible way.  The city of Shadow’s Edge changes from dark and abandoned to colorful and alive. Sheri says teens have responded positively to this game for this reason.

“Teens often say they feel as though we built Shadow’s Edge just for them, because they so readily identify with the characters and the storyline,” Sheri said. “Players become proud of their personal stories as they progress through the game, and then then want to share what they have made with each other through the sharing function within the game, and with their friends and family. This sharing can help start discussions about where they are emotionally.”

Sheri has big ambitions for the next steps of this game. Currently, she and her team are working with Northwestern University to measure the impact of gameplay on the teens and young adult cancer survivors.  She wants to be able to show how Shadow’s Edge increases emotional resilience, optimism, creativity and problem-solving. Most of all, she wants teens facing cancer to know that no matter how isolated they may feel some days, they are never alone.

“There’s nothing normal about being a teen with cancer,” Sheri said. “But there are other people out there who understand what they’re going through. My goals are to both help young patients feel more in control over their emotional health and ultimately feel less alone.”

Shadow’s Edge is available for free download on the App Store and Google Play.

Many childhood cancer survivors face significant physical, mental and emotional health issues, even years after treatment is over. Your gift makes it possible for survivors to get the help they need to live happy, healthy lives after cancer. 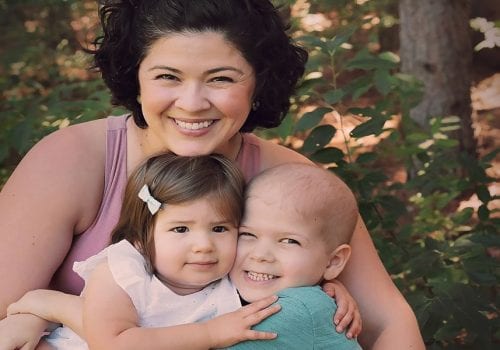 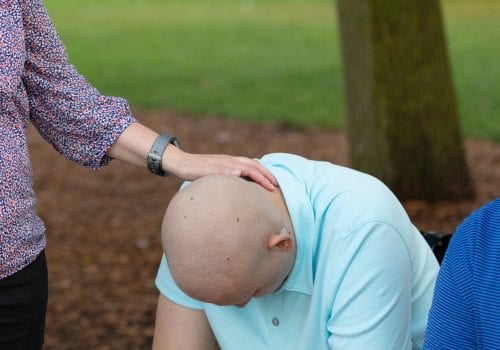