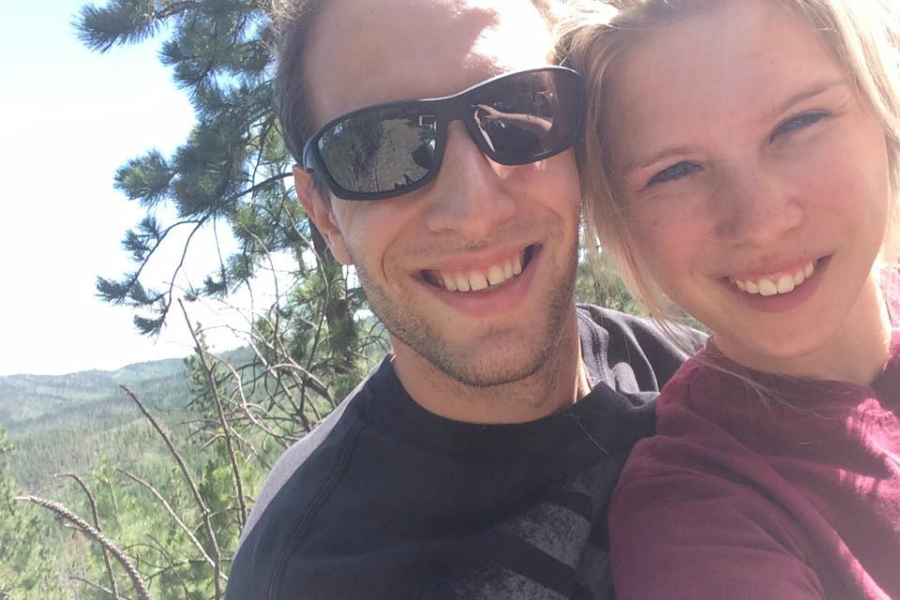 What I remember most from this past year is my suitcase. Every weekend proceeds as so: pack my suitcase, throw it in the car, drive to the suburbs, drag it into the house, unpack, treat it like a closet for two days, pack it again, drag it to the car, drive back to the city, unpack, get ready for work. Five days later I do it all over again.

This weekend ritual started when my boyfriend had his fourth osteosarcoma relapse.

For those who have supported someone going through cancer treatment, you know it’s all about them. In fact, you wouldn’t have it any other way. For me, it’s always about John, but I’m going to talk about myself for once. Often my piece of the story is missed.

Until this point, my life had fallen into the lovely straight path society laid out for me. It was a few months into my first job in my career when John called and said he had “bad scans.” Panic ensued, but I was reassured when John explained the doctor thought the tumor could easily be removed from his lower lung with surgery.

One year and four treatments later, here we are. Still in the war.

While there are thousands of reasons this process enrages me, the most difficult part is having to go on with life as normal.

Because John’s life has been put on hold, mine has to remain normal for his sake. I still need to go to work, maintain relationships with friends and family, keep my apartment clean (kind of), and take care of my body and mind. It’s exhausting…all I really want to do is sit with him. Talk with him. Help him get better. But it’s essential for me to go on as usual so when he returns to the real world, his normal life will be here waiting for him.

I’ve found myself retreating to my little studio apartment more often than I like to admit. I’ve always been an extrovert, but this past year, socializing has been exhausting. It’s like a cloud is stuck over me. I could be having the best day and then the reality of what’s going on hits me, and the fall is hard. It’s almost better to stay neutral so I don’t have to feel the drop.

Even so, it’s my job to hold our life together as I feel the universe trying to tear it apart. As John’s girlfriend, I play an interesting role. I’m not his mother, sister or wife. I’m choosing to be here, which I believe is special to him. It’s my job to be John’s strength when he can’t be for himself. So on those days when I don’t want to “do life,” I need to push on… It’s what’s best for John.

In a way, while I’m holding our life up, that suitcase is holding me up. Every weekend, I drive to John’s parent’s house where he is staying while he receives treatment, lugging my suitcase along for the ride. I bring an extra change of clothes just in case John is having a rough day and needs me to stay Sunday night. I start mentally processing how my Monday morning commute would be, if I should tell my boss I would be late to work.

Missing out on weekend fun in the city can be hard. At 23 years old, my friends are still going out to the bars or rummaging through the city. Sometimes I feel I’ve aged 10 years, mostly because I would rather watch Emperor’s New Groove with a glass of wine on the couch cuddling up to John than getting drunk at bars. I suppose we all grow up at different times.

So the suitcase allows me to be with the person I care about most in this world and who needs me the most. When I’m alone at my apartment, the negative thoughts creep in faster, but when I’m with John, I see my future. I see our future. And, I know everything is going to be ok.

Kali Dingman is a public relations professional in the Twin Cities who loves writing, cooking and walking around the lakes of Minneapolis. She and John are proud University of Minnesota Twin Cities alumni. 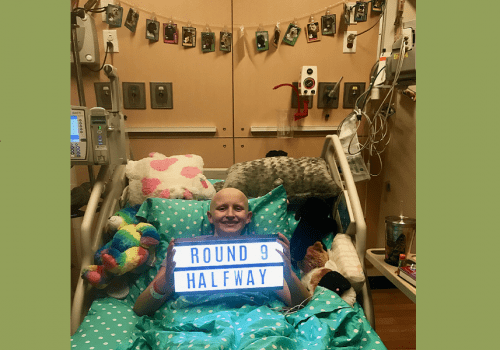 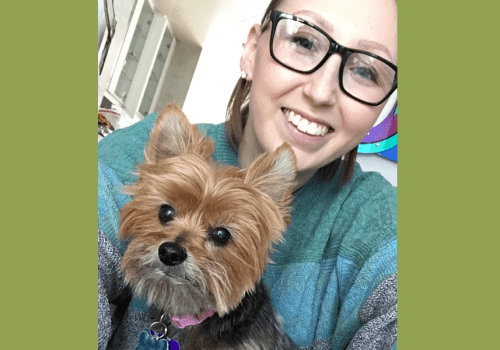 Don’t Get Me Wrong

After surviving two cancers and a bone marrow transplant (BMT), it was finally time to start school at the University of Minnesota. I worked so...

When 5-year-old Patrick was diagnosed with cancer, he was over 14,000 miles from home. His family had just moved to Indonesia for Patrick’s d...