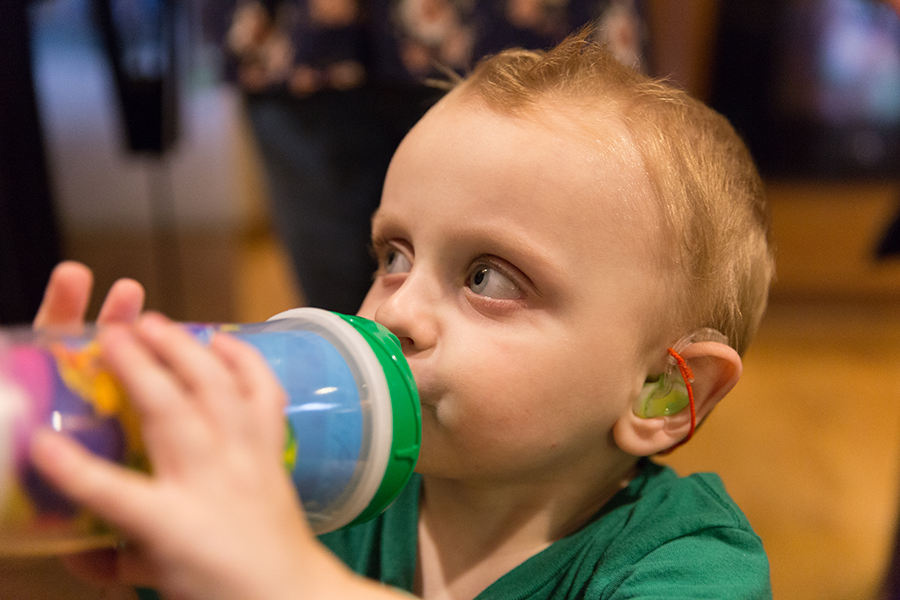 Hepatoblastoma is one of the fastest rising childhood cancers in the U.S., yet it’s still considered one of the rarest. It’s so rare, in fact, that epidemiologists like Children’s Cancer Research Fund Chief Medical Advisor Logan Spector, PhD, struggle to find public funding to study the disease.

“[Hepatoblastoma is] rising 2–3 percent per year in the U.S.,” said Spector, “and we’ve found reports of the same magnitude rise in Europe and Asia. That might not sound like much, but if you save or borrow money, you know the importance of interest rate. By comparison, most other cancers are rising by 0.5–1 percent at most.”

Infants and toddlers like Joey have the highest incidence rates, and the 5-year survival rates for the disease have plateaued at about 65 percent.

And, kids born with very low birth weight (less than 3 lbs., 5 oz.) have 20 to 30 times the risk of hepatoblastoma as do kids with higher birth weights. “Thus, these kids go through medical ordeals twice in their young lives,” said Spector. One reason Spector and his team are examining hepatoblastoma’s genetic basis is to look for risk factors that explain this.

To begin to understand a disease, scientists need to prove their sample size is large enough, and it’s hard to get a large enough sample size for hepatoblastoma to impress grant reviewers who are more familiar with common adult cancers. Additionally, researchers have to demonstrate a public health impact to receive funding from the National Institutes of Health (NIH). “Although hepatoblastoma research is very important to the families affected by it, sometimes NIH reviewers just do not see the need to study such a rare cancer,” said Spector.

But donors like you see the importance. Because of your support, Spector can push this research forward. “We tried and failed to get funded through NIH [because of its rarity],” said Spector. “But with CCRF’s support, we are able to make use of the DNA biobank we have for hepatoblastoma, the largest of its kind.”

With CCRF funding, Spector will launch the first genome-wide study for the deadly liver cancer by gathering DNA for the biobank, helping scientists understand the biological processes behind the disease and bringing targeted, safer treatments to kids.

He is working tirelessly to get hepatoblastoma DNA samples from all over the world. “There are only a handful of samples at each place,” he said.  “We’ve gotten samples from Germany, Italy, Spain and Australia, just to name a few countries.”

The goal is to aggregate enough hepatoblastoma cases so researchers can analyze the genetics of the cancer cells and paint a more accurate picture of the disease.

Spector is also determined to turn his findings into a survivorship study for hepatoblastoma, which will help researchers understand the late effects of therapy protocols on kids. “Hepatoblastoma was not included in the Childhood Cancer Survivor Study due to its rarity, and to my knowledge there are no systematic studies of survivors,” said Spector. Anecdotal evidence suggests that kids who survive the liver cancer may have hearing loss and heart problems and even be diagnosed with a secondary cancer.

But thanks to you, kids with hepatoblastoma now have hope that research to understand their disease will move forward.

Every $1 donated helps researchers secure $18 in additional funding to make groundbreaking discoveries. Your support can make a lasting impact in the life of a child with cancer. 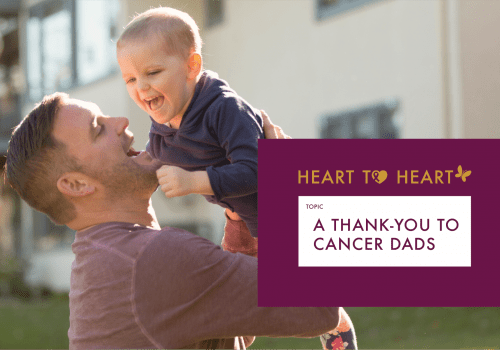 A Thank-You to Cancer Dads

There are dads, and then there are cancer dads. Click to read cancer dad Tamer's blog post, "A Message to Dads," about how he let go of his "to... 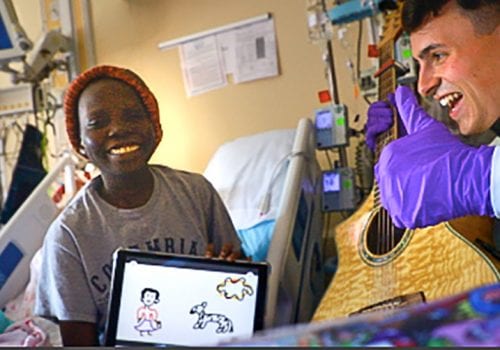 Living as a zebra, becoming a tomato head man and jumping into a video game – these are just some of the imaginative ideas that James Orrigo ...