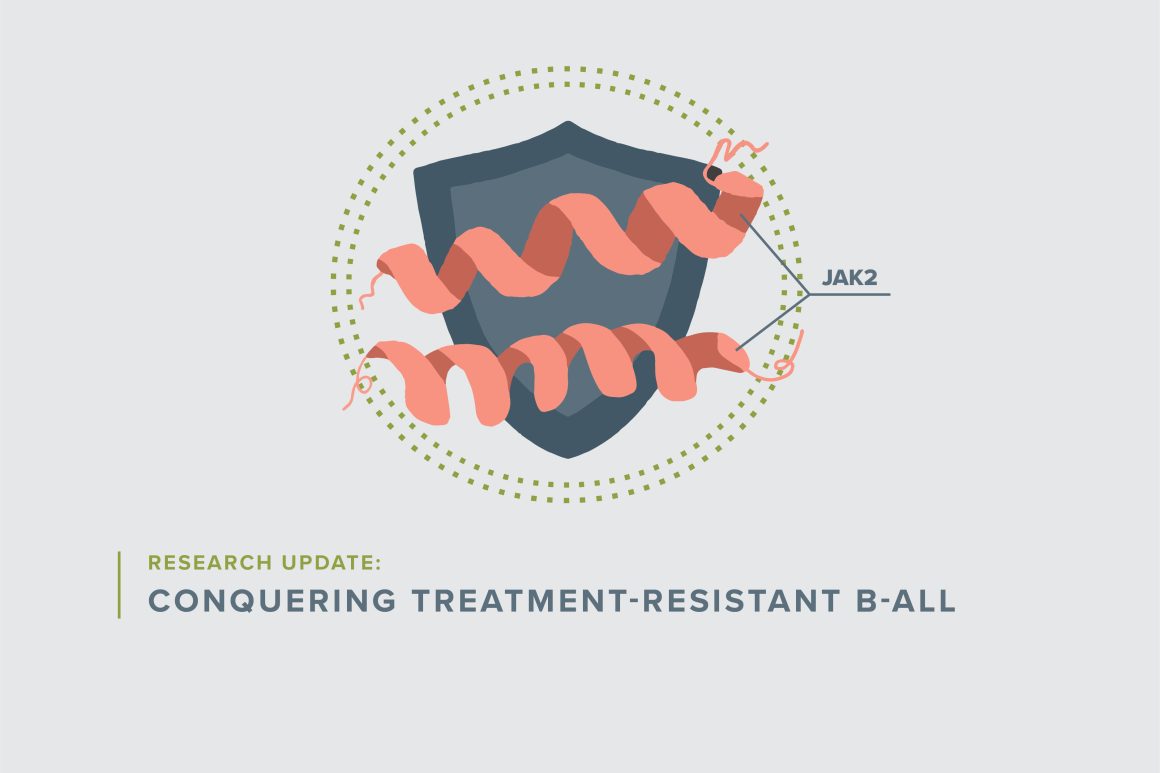 During high school, Loretta Li worked in the University of Chicago lab of Janet Rowley, who later won the Presidential Medal of Freedom for her groundbreaking work on cancer genetics. “She really was a pioneer,” noted Li, who is now a pediatric oncologist with Ann and Robert H. Lurie Children’s Hospital of Chicago and an assistant professor of pediatrics at Northwestern University’s Feinberg School of Medicine. “She was the person who identified that certain types of leukemia were caused by exchanges in genetic information between chromosomes. That was really a monumental discovery.”

That early experience in Rowley’s lab inspired Li to pursue a career in cancer research. It was also her introduction to B-cell acute lymphoblastic leukemia (B-ALL). Her fascination with the disease continued when she eventually finished her medical training at Harvard and returned to Chicago to launch her own research lab.

“B-ALL was my first interest because it’s the most common form of cancer in children,” Li said. “It’s one of those success stories when you think about how far we’ve come with treatment advances. The outcomes for pediatric B-ALL are quite good now — we’re pushing upward of 85-90 percent survival. But unfortunately, approximately 15 percent of patients will still die from relapsed or refractory disease. It’s those patients we can’t cure that really drive me. We need better therapies to improve outcomes for high-risk B-ALL patients.”

Now, with support from Children’s Cancer Research Fund (CCRF), Li is searching for a way to thwart treatment-resistant B-ALL. “I’m grateful for the support from CCRF, particularly while getting a new lab up and running,” she said. “Facilitating our studies of how cells acquire resistance to targeted therapy will ultimately move the needle forward in developing combination strategies to overcome resistance and enable the design of better drugs. Really at the heart of this, it’s about how we can do better for our patients.”

Li is zeroing in on a high-risk subset of B-ALL patients who have rearrangements in the CRLF2 gene.

“We know that this type of leukemia is dependent on an enzyme called JAK2 for survival, so we think that blocking JAK2 will be helpful for these patients,” she explained.

Earlier research showed that locking JAK2 in an inactive state can prolong survival in mouse models, but there are still challenges to overcome. Even though mice treated with a JAK2 inhibitor in combination with dexamethasone, a steroid commonly given to B-ALL patients, had prolonged survival compared with mice treated with either agent alone, the combination was not curative.

“One of my goals is understanding how leukemia cells become resistant to JAK2 inhibitors,” she said. “If we keep beating on a target, eventually the cancer cells get smarter and find a way to escape inhibition from the drug. The focus of my CCRF project is to see if we can predict which leukemia cells will respond to a particular JAK2 inhibitor and then to study how leukemia cells develop resistance to the targeted inhibiter.”

By comparing different JAK2 inhibitors and examining the genetic characteristics of B-ALL models, she hopes to learn whether leukemia cells develop resistance through similar or different mechanisms.

“These efforts will provide insight as to which patients would most likely benefit from incorporation of a JAK2 inhibitor into their treatment and which agent may be more efficacious,” she said. “This work can facilitate the development of strategies to prevent or overcome resistance.”

But it’s not enough to find what works in the lab. One compound that Li is studying successfully inhibits JAK2 but lacks the pharmacokinetic properties needed to be given to human patients. Now she’s working with medicinal chemistry colleagues to develop other drugs that target the enzyme in a similar way. Another challenge with any medication is ensuring there aren’t intolerable side effects.

“One potential side effect that can be observed with long-term use of JAK2 inhibitors is suppression or lowering of your blood counts,” she noted.

Despite the challenges, the potential payoff could be big for kids with the toughest-to-treat cases of B-ALL. And there could be wider applications: JAK2 can also play a role in myeloproliferative neoplasms (MPNs), T-cell lymphomas, and Hodgkin lymphoma.

A promising future for B-ALL

Li is excited about the work’s potential and the future of childhood cancer research.

“I think we’ve moved into the era where there’s a lot more genetic characterization of different leukemia subtypes,” she said. “Even within B-ALL, we have a lot of different flavors, and we can further characterize the disease by identifying its genetic drivers.  Some patients whose leukemia have favorable genetic alterations can receive less intensive therapy and still have good outcomes, while other patients with high-risk B-ALL need more intensive therapy.”

Li hopes a JAK2 inhibitor that locks the enzyme in an inactive state will be ready for testing in a clinical trial within five years. This would be the first inhibitor in its class. The support from CCRF paves the way for understanding how such a drug can best be used clinically.

“Philanthropic support is critical, especially for early-stage investigators,” she said. “Often times we might have less preliminary data to be competitive for National Institutes of Health grants so grants from organizations like CCRF are so important. This will serve as a springboard for opening doors to other areas of investigation in the future.”

By donating to Children’s Cancer Research Fund, you’re giving the brightest scientists the support they need to put their great ideas into practice. Learn more about CCRF's commitment to funding researchers early in their careers. 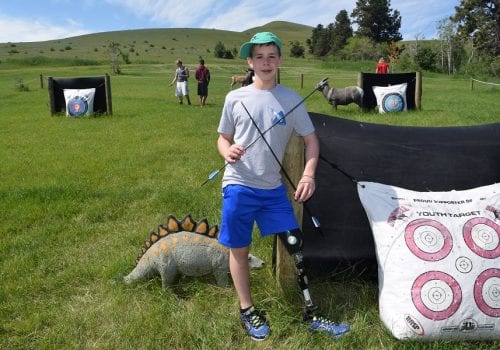 Michigan Childhood cancer can force us to make decisions we never imagined we’d face – decisions that, for good or bad, will alter our live... 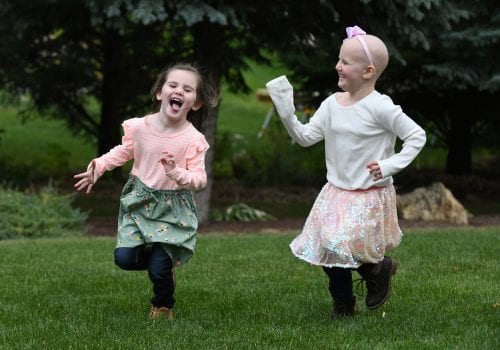 When communicating with your child about their cancer diagnosis, it’s important to realize that you know your child better than anyone. F...