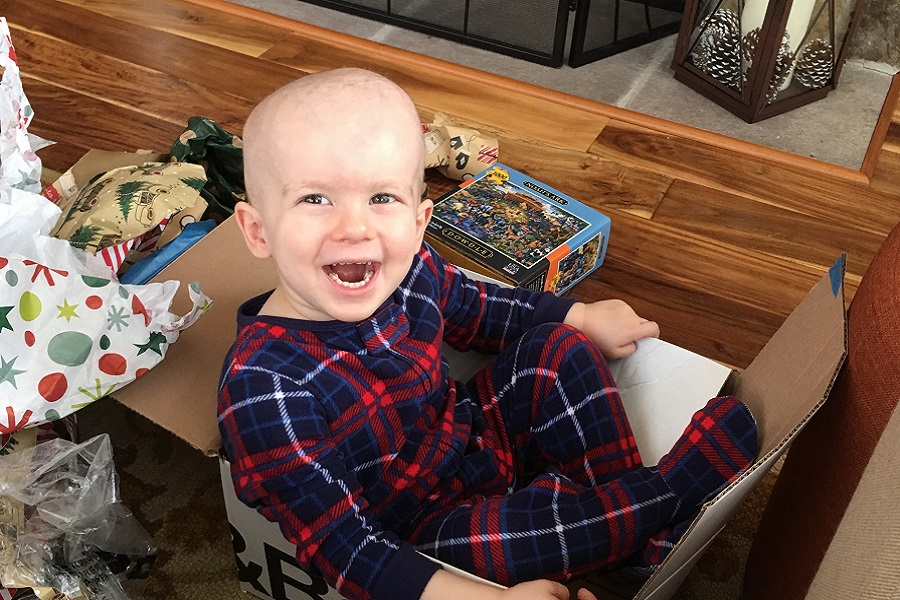 When Bernadette took her son Connor into the emergency room, doctors first told her that the bouts of rapid eye blinking and shaking on one side of Connor’s body she’d been noticing were focal seizures. Doctors diagnosed him with epilepsy, but for precautionary measures Connor’s neurologist ordered up an MRI.

“I remember he said, ‘I want to do an MRI, just to rule out anything really terrible, like brain cancer,’” Bernadette said. “It was just supposed to be a way to rule it out, I never thought it would be anything like that for Connor.”

But the MRI revealed the worst – Connor had a tumor the size of a large egg on his brain. Its location meant it would be impossible to fully remove. He needed emergency surgery right away to try to remove as much as they could as safely possible.

Connor’s Treatment – Only So Many Options

Connor’s cancer treatment started with a major brain surgery in June 2018. Surgeons were able to remove 85 percent of the tumor, but couldn’t get the rest for fear of damaging the parts of Connor’s brain that allow him to speak and move. Once Connor was strong enough following surgery, he started an 18-month chemotherapy treatment plan.

“Connor was extremely strong through all of chemo,” Bernadette said. “He had side effects, but nothing to the extent we were told to expect. He’s always been a strong and athletic toddler and I think that helped him through the worst of it. We always joke that he was born with more energy and appetite than he knows what to do with, and I think that made a big difference for him.”

Connor finished chemotherapy in November 2019, but Bernadette is very clear that just because treatment is over doesn’t necessarily mean the cancer is gone or other therapies aren’t in play now. Chemotherapy has not had much luck in shrinking Connor’s tumor. Knowing that cancer is still lurking there makes it hard to relax, especially whenever Connor’s three-month scans are approaching.

“It’s hard to feel like he’s making progress, because the tumor is still there and we don’t know if or when it might start growing again,” Bernadette said. “Aside from the tumor itself, chemotherapy treatments and the stress of it all have left physical and emotional pain, heartache, and confusion for our little 3-year-old. He goes to physical therapy once a week and will soon have leg braces due to effects of the harsh treatments he received; he starts play therapy next week to help him work through the emotional impacts this journey has on him. And, at the end of the day, there’s still something in his brain that’s not supposed to be there. We remain full of gratitude that Connor is with us today and for how far he has come but if I’m being really honest, we are still constantly looking around the corner to see what’s coming next. Hopefully that will change in time.”

Living life in the three-month increments between scans is Bernadette and Kevin’s new normal, and it has changed the way they think about parenting. They savor all of Connor’s goofy, silly moments – friends and family call him a “little ham” and he loves telling jokes and being an active, joyful 3-year-old. His hair has grown back and now covers the scar from surgery. Bernadette and Kevin call him a jack-of-all-trades – he loves basketball, baseball, soccer, arts and crafts, outdoor activities and reading with his parents before bed.

“I try to record a lot of videos of him being his normal sweet and silly self, like at bedtime when he tells me a million times that he loves me, asks me silly questions, or tells me funny jokes then giggles at himself,” Bernadette said. “As a mother you may not think twice about that because you know you’ll hear that a million times in the days ahead, but our reality is that one day we might not hear those words anymore.”

Brain tumors are one of the most difficult types of childhood cancer to treat – there are over 100 different kinds, all of which would require their own specialized treatment. Today, there are no treatments available for the specific mutation that caused Connor’s brain tumor. If his tumor starts to grow again, the only other options are radiation, which doctors don’t recommend until a child is 5 years old because so much critical brain growth is still happening, or oral chemotherapy, which could buy Connor time but not serve as a cure.

“Hope” is a loaded word in Connor’s family – but to them, it means having another medication, another treatment method, another path to take if Connor’s tumor starts growing again. The urgent need for more treatment options is one of the biggest reasons Bernadette and Kevin have decided to share Connor’s story.

“Besides prayers, we need research. Research means hope for Connor and all the other kids and families. One light doesn’t cast a whole lot of light – but if you have everyone coming together as a community holding their light, you’re shining hope. You’re giving people hope.”

Brain cancer is the deadliest form of childhood cancer, but it’s a problem we can solve together. Your donation supports better treatments and cures for children fighting brain tumors like Connor. 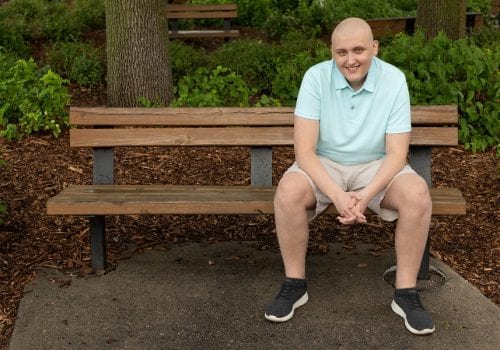 A “Better Set of Goggles” for Bone Cancer Imaging

When 16-year-old Nate (above) had his 10-hour surgery to remove the bone tumor from his ribs and spine, it was critical that doctors removed th... 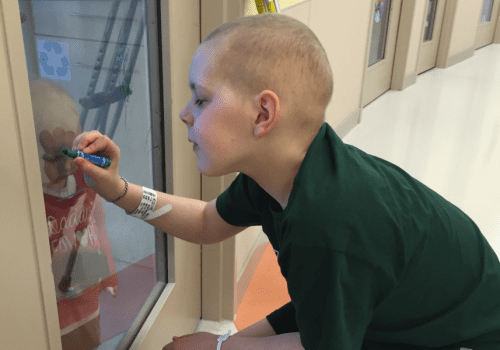 Cadillac, Michigan When your children are small, you are the one they cry out to in the dark. It is easy to be brave in the light, but in the d... 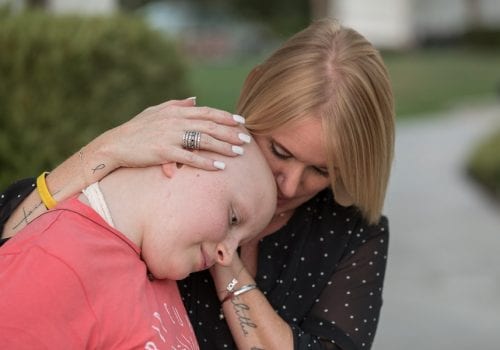 Eric Zhou, PhD at Dana-Farber Cancer Institute in Boston is studying how to relieve insomnia for childhood cancer survivors. The problem: Child...