In the weeks following my son’s leukemia diagnosis, I found myself searching for a positive spin. I would use conversations with my friends and family (often the first conversation I had with them post-diagnosis) to convince myself that things were going to be okay by saying generically positive things. Things like, “This will teach us to appreciate the little things in life,” and “Now we will focus on what really matters.”

There was this expectation of a giant shift in perspective. Now that we have this painful firsthand experience with mortality, we expect ourselves (and it often feels like others expect) that we embrace life, take risks and carpe diem.

Due to the immunity repressing nature of my son’s treatment protocol, he did not attend school the first year after his diagnosis. I left my position teaching, enrolled him in the homebound program in his district and took his younger brother out of daycare.

At the urging of his oncology team, who stressed the importance of not taxing his immune system, we took every precaution we could think of to avoid exposing him to illness.

My role became not just “Mommy,” but also “Caregiver.” Not only was it my responsibility to keep him clothed, fed and mostly happy, but I now had to keep him super healthy, or else! Knowing that our oldest son had almost no immunity against illness meant that we became his defense system. Our lives were, and to a very large extent still are, ruled by his ANC (absolute neutrophil count).

In the 19 months that he has been in treatment so far, we have canceled more plans than we have attended because going to the event, or visiting someone, was too much for his immune system to handle.

There are not many things we, as his parents, can do to ensure that his treatment is successful.

Relapse is a major fear that we carry around with us daily, but it is a fear that we cannot act on. Just like we cannot blame ourselves for his original diagnosis because we did nothing to cause the leukemia, there is little we can control to ensure that it does not come back.

I have spent hours memorizing his treatment protocol, learning to spell the names of his various medications, and could recite their doses without referencing “The Binder” that is always within arm’s reach, but none of that has any effect on his likelihood of relapse.

Like more common medications, his daily oral chemo is most effective when taken around the same time, so at 6:30 p.m. every single day, our cell phones go off, and both of our children take their medicine (chemo for the oldest, vitamins for the youngest).

This is the extent of our control over the efficacy of his treatment.

We ensure that his mercaptopurine is taken as close as possible to the same time every single day, and we are well aware that we look like loons doing it! I’ve had him take it in the shower, I’ve walked it to him while he plays outside. He has swallowed these pills in the car and has taken them in the ER waiting to be seen for a fever. Not because we are crazy people, but because in the event of a relapse, we do not want it to have been because we slacked off for even a night. Even though our hearts know it doesn’t quite work like that.

Sitting on our shoulders right next to the understandable fear of relapse is an almost suffocating fear of illness and infection. This fear began in that first life-changing phone call when his pediatrician told me he was unsafe at daycare and needed to be picked up immediately to get to Texas Children’s Hospital. This intense fear has never subsided- not for a moment.

This one, though, we CAN act on. When he was in the beginning phases, and his oncology team wanted him to avoid unnecessary exposure, keeping him clean and healthy was pretty straight forward. If people sounded sick, looked sick, thought they were coming down with something or had even mild allergy symptoms, they did not visit and we did not visit them. I’m sure made for some awkward interactions with our friends, family, and neighbors, but he was bald and it made sense.

Now that his hair is back and he goes back to school it feels like we are supposed to act upon that newfound perspective that the words “your son has cancer” are supposed to have given us. But we cannot. He is not done. And, we are not done protecting him.

As grateful as we are for every single night that we get to tuck in both of our sons, we constantly struggle between our responsibility to keep him hyper-healthy and our desire to help him live a ‘normal’ life. Our job as his parents – my job as his mother – continues to be to keep him as healthy as possible, and I often worry about the very real and serious repercussions if I cannot do that. It is extremely hard for me to let him out into the world that was life-threatening less than a year ago. I carry a lot of potential guilt around, terrified that I will make a mistake, forget to clean something, go somewhere too crowded, and he will catch something that he won’t be able to bounce back from.

Every single decision we make for either of our children takes his leukemia into consideration. We check with friends and family about cold symptoms before we visit them, or invite them over. We change our clothes (or spray them with disinfectant) when we come home from work or school. We only go to public places if they are not crowded, or if his ANC is high.

We have declined to go to functions where we cannot be sure everyone in attendance is healthy. We were encouraged early in his treatment to always be ready for a fever, which means a trip to the ER to ensure no infection in his port-a-catheter, and can result in a hospital stay if his ANC is below a certain threshold.

Now that he goes to school again, I do not leave the house without his medical binder, side effect medications and treatment protocol. Plus there is an overnight bag filled with 2 days’ worth of clothes that never leaves the trunk of my car. I make a point to never be more than about 20 minutes away from his school unless my husband is home. We remain ready for a fever 24/7/365.

Every single tiny decision we make, from the food we serve them to how we spend our money, revolves around doing our best to make sure that our son rings that End of Treatment bell in 2018.

Cancer was supposed to teach us to seize the day and enjoy life while it lasts. So far, it has not. So far, it has taught us it is better to be safe than sorry and err on the side of caution.

Treatment for leukemia absolutely saved my son’s life, and there is never a moment that we take for granted. But leukemia treatment is also, to an extent, preventing him from truly living one, and that breaks our hearts.

My oldest son was diagnosed with Acute Lymphoblastic Leukemia when he was 6 years old. As a result of the requirements of his 3 and 1/2 year treatment plan, I left my role as an educator and am continually learning the ins and outs of being both someone’s mommy and their primary caregiver. I live in Houston with my husband, 8-year-old and 4-year-old. 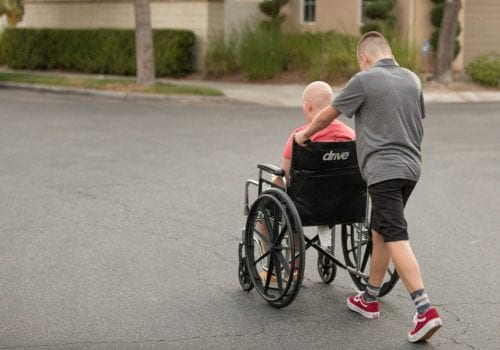 Don’t Know A Child With Cancer? You Can Still Help.

If you are the kind of person who would gladly offer to make a meal or run errands for a family facing childhood cancer, but don’t know any p... 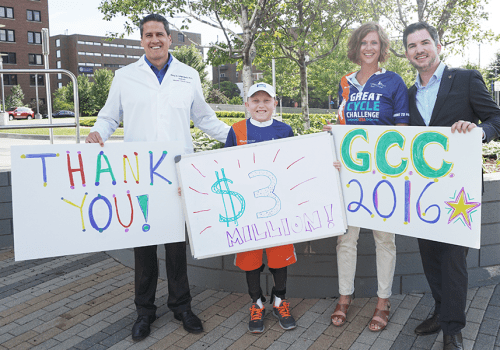 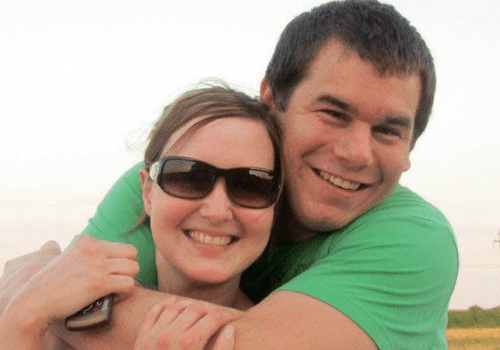