At six-and-a-half years old, Caden of Fall Creek, Wisconsin is learning something that separates him from the rest of his classmates at his school—he is learning Braille.

“My teacher calls me a Superhero at Braille, because I get 100% on every spelling test” Caden says proudly.

Shortly before his second birthday, Caden’s parents Tracy and Thane noticed a deviation in Caden’s right eye. They brought him in to see an ophthalmologist, but the standard method of treatment just seemed to make the deviation worse. Caden was quickly pushed up the list to receive an MRI at the University of Minnesota. What the MRI revealed came as a shock to everyone.

The MRI revealed a brain tumor located behind Caden’s eyes, along his optic nerves, known as a bilateral optic glioma. Due to the location of the tumor, removing it surgically was not an option, and following his second birthday Caden started chemotherapy treatment.

Throughout the course of his treatment, different forms of chemotherapy and medications have been tried to reduce the tumor growth. However, Caden’s brain tumor has proven to be a special case.

In his spare time, Caden participates in activities that a child receiving chemotherapy treatment typically does not. Caden has been playing piano for several years and just started taking guitar lessons. With both instruments he is learning to play using the Suzuki method, where Caden learns each song aurally through imitation.

One of his favorite songs to play on the piano is called “Goodbye to Winter” which he playfully refers to as, “Hi To Winter” since he loves jumping around in the snow.

Although unable to participate in every sport at school, Caden does not let this keep him from physical activities he enjoys.

“I love running in races!” he says. “I ran ‘The Biggest Loser’ 1 mile race in October, and am running the ‘Santa Fun Run’ in two weeks.”

“He is just amazing” his mom Tracy says of her son. “He has so much energy, is so sociable and has a really positive attitude. He has been a source of inspiration for a lot of other kids and parents we’ve met.”

“Pediatric Hematologist Oncologist Dr. Christopher Moertel has dubbed him Caden “Opposite” Drier because both his tumor and his amount of energy go against the norm of what is expected during chemotherapy treatment,” Tracy says. “His tumor was more ‘active’ compared to similar tumors in children who have been in treatment for over four years, therefore harder to treat. And Caden didn’t seem to react in a ‘normal’ way to the chemotherapy either. He had so much energy, which is opposite of the norm.”

However, with Caden’s tumor progressing, Dr. Moertel and the brain tumor team at the University of Minnesota had to look beyond the microscope and into the molecules in Caden’s tumor. Last summer, with the help of research funded by Children’s Cancer Research Fund, Caden started a new treatment plan, including a new medication that specifically targets the mutation in Caden’s tumor.

“When they started this new plan, the brain tumor had such a reduction in size, that Dr. Moertel literally jumped out of his chair when viewing the results!” Tracy says. Caden is a pioneering patient, being the youngest patient nationally to receive this care, and the first patient ever treated with this medication for this kind of tumor.

Although Caden has not missed a significant amount of school as a result of his treatment, the side effects of his illness and treatment have left their marks. Caden has been declared legally blind as a result of the brain tumor, and since it is unclear if his vision will improve or worsen, he is learning both Braille and print in school.

“Obviously, since there are kids like Caden that react opposite to what is expected to treatment, there needs to be continued research on childhood cancer and treating it,” she says.

“Caden’s tumor right now is stable, but in the past it has fluctuated, so we are just taking every day as it comes and being grateful as a family,” Tracy says. 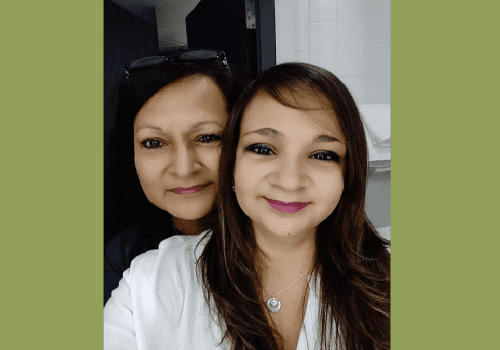 Recently, Rumer Rodne opened a journal which her mom, Mary, had been saving for her. On each page, Rumer read the story of her cancer diagnosis... 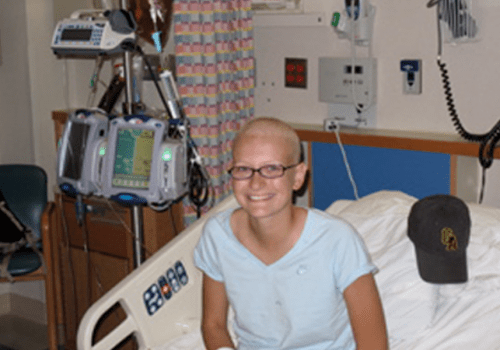 The passing of time is a gift.  I have found time cannot be grasped nor exchanged like currency but nine years after my cancer treatments conc... 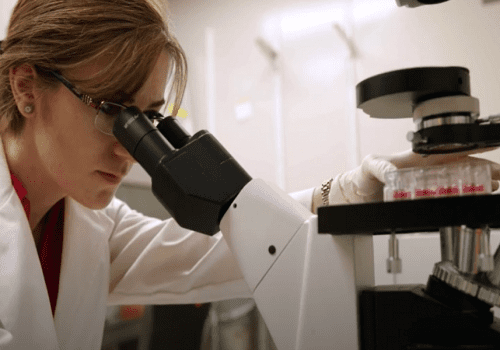