Breaking the News – A Doctor’s Perspective 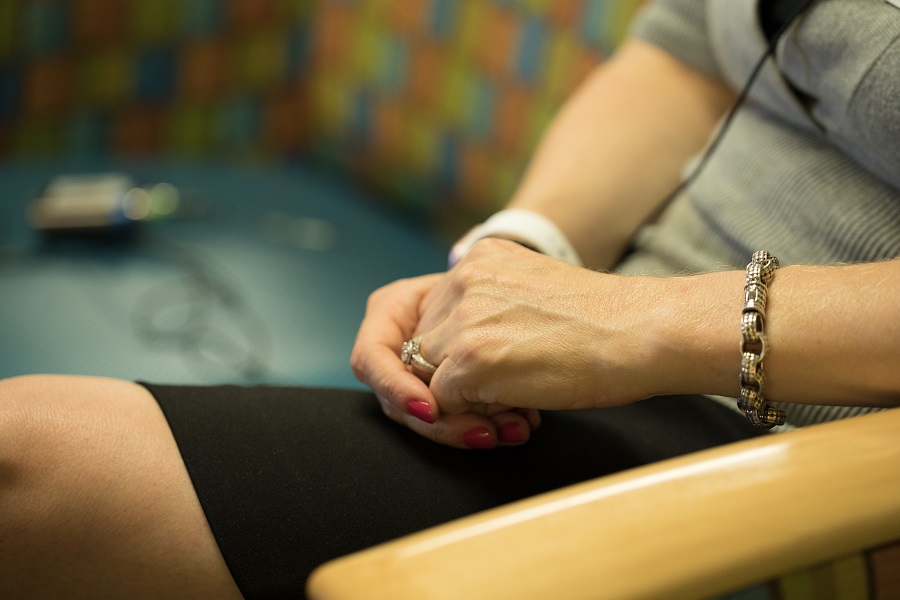 Imagine for a moment that you’re a pediatric oncologist. You’ve had over 20 years of education and you’ve passed dozens of tests and completed hundreds of hours of training to get you to this point in your career. But right now, you have to do something that you’re never fully prepared for. Your hand is on the door handle. On the other side of that door is a family who is worried about what is happening to their child, and you’re the one who has to tell them their child has cancer. How do you deliver this life-changing news? How do you center yourself before starting the conversation that these parents will never forget? 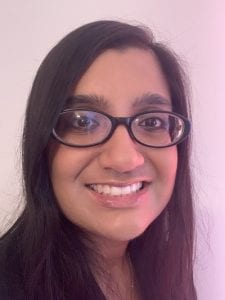 Taumoha Ghosh, a pediatric hematology/oncology fellow at the University of Minnesota, has given this topic a lot of thought. She’s known she wanted to be a doctor who worked with children since she was just 7 years old – as a kid, her many serious allergies meant she spent lots of time at the doctor’s office. She still remembers today how willing her pediatrician was to get to know her and her family and form relationships with them.

“I thought that was a really wonderful characteristic, and I wanted to emulate that,” Taumoha said.

During medical school, Taumoha chose a pediatric hematology/oncology rotation and was immediately hooked. She loved having a job that engaged both her mind and her heart, and that allowed her to form close relationships with her patients and their families.

“Even though I’m dealing with a cancer or blood disorder, I’m still dealing with the whole patient and the whole family,” Taumoha said. “That was really important to me because that’s how my pediatrician worked with me and my family.”

Taumoha says one of the toughest parts of her job is being the person who delivers that life-changing news - the moment when she has to open the door and tell a family that their child has cancer. She has changed her approach to this moment many times, but she says preparation, clarity and meeting the family where they are is always important. She begins by explaining her role in their care – she explains she’s a fellow, which means she’s a doctor who did a residency in pediatrics, and then decided to do more specialized training in a specific area – in her case, pediatric oncology. Then she asks them what their primary concerns are and what they have researched, so she can gauge how much they know and address some of their concerns right away. Finally, she tries to be as clear as possible when breaking the news.

“It’s easy for doctors to forget how much jargon they use, so I try to remember to be very clear,” she said. “I can’t just say we’ve found a tumor or a mass, I have to say the word ‘cancer.’ I just want to be very clear, especially when someone might not want to hear what I’m saying. I don’t want there to be any uncertainty for them.”

Before meeting with a family, she goes over how exactly she wants to convey the information, and she gathers as many members of the family’s care team to be there with her so they can see the support they have as they enter this scary new territory.

“I learn something new from every patient and encounter since none of these conversations are ever the same. I am just starting out in this career and it is a lifelong learning process, she said.”

Ultimately though, she tries to acknowledge that it’s an emotional, life-changing moment, and however the family reacts is ok.

“I try to follow their lead as far as emotions. So if the family cries and I feel like I might cry, I go ahead and let myself,” Taumoha said. “I need to respect the emotions in the room, whether it’s sadness or shock or anger – because it’s not about me. My goal is just to show them that we’re there for them, and we’re all on the same team regardless of where this is taking us.”

Taumoha gained even more perspective towards the end of her first year of fellowship when a family member was diagnosed with cancer. It took a long time for doctors to officially diagnose her relative, so Taumoha now has a real sense of how difficult it is for families to wait for news.

“The waiting was the worst, so now I try to acknowledge how difficult it is for my own patients to wait for results of scans or tests,” she said. “For a lot of people, waiting a few days to hear back is unbearable, so I ask my patients’ families if they want me to call them as soon as I get the results back or if they’d rather wait to see me in person. My own experience has made me a lot more flexible with that.”

Her relative’s diagnosis also means she’s experienced firsthand the uncertainty and worry families feel when they’re in the gray area – knowing something is wrong, but not knowing what it is. She treats these families how she wanted to be treated during that difficult time with her own family – she’s as transparent as she can possibly be.

“I’m very open with families now about what I think could be going on, because I don’t want them to think I know something and am withholding it from them,” Taumoha said. “I think it’s better for me to tell a family ‘I am worried this could be cancer’ and have it turn out to be something less serious than the other way around.”

When Taumoha first started her training, it felt like work was her whole life. The first year of fellowship is the toughest since the majority of it is spent inpatient in the hospital. Since then, she has realized how important it is to create boundaries between work and home. She tries not to reply to work emails on her days off, and she makes an effort to spend time with family and friends so the stresses of her job don’t overwhelm her.

“It’s still a work in progress, but I’ve realized that it’s not selfish for me to take a little time for myself or my loved ones,” Taumoha said.

One of Taumoha’s stress relievers is particularly surprising – romantic comedies.

“My family and friends make fun of me for this, but those movies are my escape. When it gets to the part when the couple breaks up or whatever happens, I cry,” Taumoha laughed. “I do that on purpose, and that’s a good emotional release for me.”

Taumoha’s close relationships with her patients mean that she not only mourns their losses, but also celebrates their successes. When she sees she’s made the same kind of impact on her patients that her pediatrician had on her, she feels like she’s done her job.

“I had a patient not long ago who finished therapy and her mom sent me a video of her playing with her doll and pretending she was sick so they could call me,” Taumoha said. “When things are really sad, those are the moments that make it all worth it.”

Your Gift Makes an Impact

We believe a world without childhood cancer is possible, but it takes all of us. CCRF funds the brightest minds looking for better treatments and cures for kids fighting cancers of all types. Your gift moves us closer to a world where no doctor will ever have to tell a parent, "Your child has cancer." 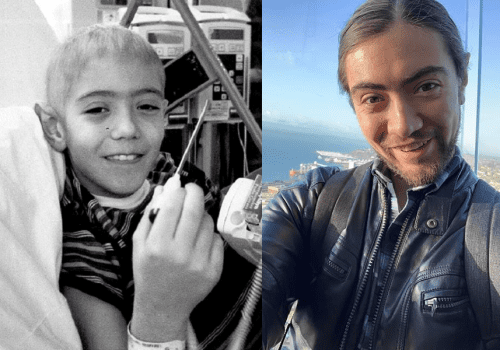